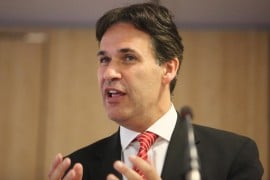 Susskind: this is not science fiction

It is time for a “radical and fundamental change” in the way the courts deal with low-value claims, a major report argues today, calling for the introduction of state-backed online dispute resolution (ODR) across England and Wales in 2017.

The Civil Justice Council (CJC) advisory group – chaired by Professor Richard Susskind, IT adviser to the Lord Chief Justice – said ODR would increase access to justice through delivering a more affordable and user-friendly service, and would streamline the court process.

Though its terms of reference were limited to investigating the suitability of ODR for civil claims under the value of £25,000, the advisory group said suitable family disputes and tribunal cases should also come within the jurisdiction of a new HM Online Court (HMOC), which would be part of HM Courts & Tribunal Service (HMCTS).

While emphasising that ODR would not be appropriate for all types of cases, the report said HMOC would extend the courts’ scope to encompass dispute containment and avoidance, and formally bring alternative dispute resolution into the system, through a three-step process:

The report called for the system to be piloted in 2015-16 ahead of national roll-out in 2017. It suggested, but did not recommend, that the pilot should focus on the small claims track of claims up to £10,000, and personal injury and housing disrepair claims of up to £1,000.

It said a “modest fraction” of the £75m being pumped into the civil courts in each of the next five years to renew the system should be allocated to ODR. While HMCTS could choose to build a bespoke system, the report pointed out that “there are already standard ODR platforms that can be licensed and deployed. We expect that the start-up costs of this and ongoing development costs could comfortably be covered by the court fees the parties would pay”.

Fees would be lower than for users of physical courts, but the advisory group said they should be set at a level that deterred litigants attracted by the ease of online claims to pursue many cases with no realistic prospect of success.

The group envisaged that the second generation of HMOC would embrace video technology and an online reputation system, while the third generation would involve artificial intelligence as a facilitator at tiers 1 and 2, and as an “intelligent assistant” for judges, rather than replacing humans.

Professor Susskind said: “ODR is not science-fiction. There are examples from around the world that clearly demonstrate its current value and future potential, not least to litigants in person.”

Lord Dyson, the Master of the Rolls and chairman of the Civil Justice Council, said the chief executive of HMCTS was an “enthusiastic” supporter of the report, while he had “little doubt” that the government would support it too. But in a media briefing on Friday, he also conceded that 2017 was “very optimistic” for roll-out.

ODR would not be the end of lawyers in litigation, he added, noting that they are rarely involved in small claims anyway.

He continued: “This an important and timely report. There is no doubt that ODR has enormous potential for meeting the needs (and preferences) of the system and its users in the 21st century. Its aim is to broaden access to justice and resolve disputes more easily, quickly and cheaply. The challenge lies in delivering a system that fulfils that objective.”

The report predicted that in the first instance HMCTS would want to make a full feasibility assessment of the proposals, and the CJC has authorised the advisory group to continue “so that it can offer expert advice and support to assist the developmental work”.

An HM Courts & Tribunals Service spokeswoman said: “We welcome the publication of this important and thought-provoking report. We agree that ODR is an important area and one that we are actively exploring in more detail in the context of the reform of court and tribunal services. We are keen to continue to engage with the ODR advisory group on its report and any future work that the Civil Justice Council may commission it to do.”