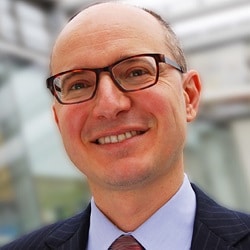 The Competition and Markets Authority (CMA) has called for alternative business structures (ABSs) to be allowed in Scotland, and for a shift to the independent regulation of lawyers.

It said a 2010 law facilitating ABSs should be brought into force, but without the requirement that they are 51% owned by lawyers.

The CMA began its probe into the Scottish legal market last June in the wake of an independent review commissioned by the Scottish government which in 2018 urged a single regulator for the profession.

Its report, published yesterday, found “indications” that the market – which the CMA estimated was worth £1.7bn – “may not be delivering good outcomes for consumers”.

It explained: “Consumer complaints are on the rise, with general disaffection about the process governing how they are handled. High street solicitor firms are facing challenging conditions. In addition, there are indications that consumers are not seeking legal services when they have a legal need.

“There are also concerns that regulation in Scotland has not adequately responded to new market pressures, affecting the sector’s competitiveness with an influx of firms from England and Wales and an erosion of the use of Scots law.”

The CMA said its analysis supported the view that competition was not functioning well in the market.

“We have considered a selection of legal services most commonly purchased by Scottish consumers and found that different solicitors charge significantly varied prices for essentially the same services.”

There was little transparency about prices and quality of service, meaning “providers have limited incentives to compete vigorously”.

But with the ABS legislation laying dormant on the statute books, “consumers are therefore not benefiting from the additional potential for growth and innovation that this could foster by attracting external investment”.

Retaining the majority lawyer ownership rule would “still limit the attractiveness of ABSs to others who could provide valuable external funding and expertise, and/or offer economies of scale or scope that could reduce prices for consumers”, the CMA said.

“It is also expected to perpetuate a competitive disadvantage for Scottish law firms relative to their counterparts in England and Wales where no minimum ownership requirement typically applies.”

The law should also be changed so that ABSs can by used by non-profit organisations, “for example, community interest groups which might wish to support consumers in rural areas where legal services provision may be limited”.

The CMA added that advocates should also not be prohibited from forming partnerships or accepting instructions directly from consumers.

It said: “Some stakeholders have argued that many of these restrictions should remain in place because of risks to professional independence and access to justice.

“However, evidence from other jurisdictions suggests that these risks are low in practice. Maintaining the restrictions has limited the scope for growth and diversity in provision.”

The CMA backed the call for independent regulation – at the moment, the Law Society of Scotland and Faculty of Advocates both represent and regulate members.

“Our research has identified a lack of transparency in the regulatory activities of the current institutions, as well as instances where conflicts between representative and regulatory roles are apparent, creating unnecessary risks to public confidence.”

The CMA also called for stronger price and quality transparency rules similar to those introduced south of the border since its 2016 report on England and Wales.

While the Law Society of Scotland has voluntary guidance on transparency coming into force this summer, the competition body said mandatory rules may turn out to be necessary “in order to significantly improve upon the current low levels of information transparency”.

The CMA encouraged the Scottish government to implement the recommendations “promptly”, but recognised the challenges of the current environment and the impact of the Covid-19 outbreak.

Chief executive Andrea Coscelli said: “It is important that people in Scotland have access to high-quality and good value legal services. In addition to increasing transparency of information, our recommendations are intended to introduce greater liberalisation that could foster growth and innovation in the delivery of legal services which would help the sector grow.

“You might not need a lawyer very often but when you do it will often be at a crucial point in your life, so addressing regulatory and competition shortcomings will make a real difference.”

Law Society of Scotland president John Mulholland agreed that “pace is needed” around introducing ABSs. “This may be one way to help firms access vital capital following the current [Covid-19] crisis.”

But on a new regulator, he said: “At this of all times, we must avoid creating complicated new structures which add little benefit and only serve to build in extra costs for legal firms.

“All this would do is increase prices for consumers and undermine the competitiveness of the Scottish legal services market.”