Time for law firms to go back to school, says BPP chief 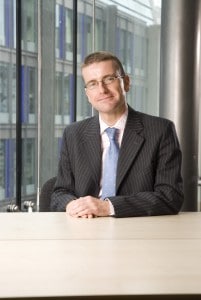 Legal apprenticeships “are going to be massive” and law firms will have to respond by recruiting A-Level students straight from school, the dean of BPP Law School has predicted.

“We are facing a revolution in education and training,” Mr Crisp said. “How lawyers qualify will radically change, and what they study and learn.

“I think apprenticeships are going to be massive. The interest from law firms is absolutely phenomenal. There will be a six-year route to qualification, which at BPP will still include a degree.”

Mr Crisp said apprenticeship would be “enormously attractive to smart 18 year-olds”, who could qualify while earning and still be a graduate.

Speaking at last week’s Westminster Legal Policy Forum event on innovation in legal services, he predicted that the SRA would “force through” a centralised assessment test for potential solicitors, which meant in theory that a “bus driver who had listened to enough podcasts could be on the roll”.

Mr Crisp said that future law degrees would be more “practice-facing”, including business finance and strategy, and project management.

Answering a question on apprenticeships, he said: “Accountants have been doing this for years – recruiting very talented 18-year-olds as apprentices.

“They’ve been snapping up the best people from schools, and if law firms want to compete, they must take people straight from school.”

Mr Crisp said apprenticeships were attractive to law firms because they were partly funded by the government, while it was a “win-win” for apprentices because they ended up “debt-free and with a degree”.

He added that a partner in a City firm had explained that what he really wanted in a trainee was “someone you could put in a room with a client for five minutes” on their own.