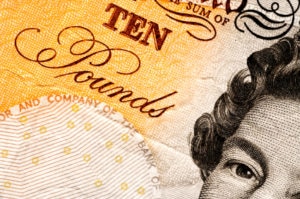 Three solicitors who borrowed more than £3m from the now collapsed Axiom Legal Financing Fund have been struck off for using the money to fund their practice, which was not the stated purpose of the loan.

Duncan Neil Gibbins, Matthew Roy Edmund Dean and Nicola Klimkowski – who all qualified in 2000 and were the owners of defunct Merseyside firm Lindsays – are the latest, but not the last, to face disciplinary action in the wake of the Axiom’s failure.

The Axiom fund closed in October 2012 in the wake of allegations of fraud, and went into receivership in February 2013. The receiver, Grant Thornton, subsequently issued legal proceedings to recover over £100m from various people connected with the fund, citing grounds such as fraud, conspiracy, breach of fiduciary duty and breach of contract.

Lindsays – which was the trading name for Rehab4Life Ltd – applied for funding from Axiom in early 2012. It drew down £3.1m from a £15m facility, but with interest and a 50% ‘facilitation fee’ on top, the total debt was more than £5m.

While the trio faced multiple allegations, the core issue was the litigation funding agreement (LFA) they signed, which said the money was to be used to pay for disbursements in personal injury cases. The solicitors contended that this had been varied orally to allow them to use it for general practice funding, which is what happened.

They said a facility just for disbursement funding would not have been financially viable, with Mr Gibbins telling the Solicitors Disciplinary Tribunal (SDT) that if the purpose of the money had not been orally varied, they would not have signed the LFA.

However, in a 93-page ruling, the SDT rejected their arguments, saying there was a “complete absence of any record of the ‘oral variation’… Given the departure from some of the core and fundamental terms of the agreement, the tribunal expected that experienced solicitors such as the respondents would and ought to have ensured that the ‘true’ terms were expressly and properly documented.”

The SDT said the solicitors knew that the terms of the LFA were intended to protect the fund and its investors. “In those circumstances it was improper for the firm to accept and use the monies from Axiom.” The tribunal also found that they had acted dishonestly.

Among other findings, the tribunal said there were several features of the arrangement that should have raised concerns among the solicitors about the risk of fraud at Axiom’s investment manager, including that Axiom was prepared to lend £15m to a limited company without requesting any security and that having requested a facility of £8m, the solicitors were given one of £15m.

Deciding that the only sanction was striking off, the tribunal found that the three were equally culpable for the misconduct.

It said: “The respondents did not seem to be motivated by personal gain; their motivation was to use the money to grow the business. Other than the pay rise which they awarded themselves on receipt of the funding (which in itself was not excessive), and the repayment of the directors loans they had previously made to the firm, the funds they received were used for business purposes.

“Over £3m was drawn down and misused by the firm. Including [the facilitation fee] and interest, the Axiom fund lost in excess of £5m. As at the date of the hearing, no money had been repaid to Axiom.

“Substantial harm had been caused to the fund and its investors, as well as to the reputation of the profession. Members of the public would be dismayed to discover that the respondents had signed a contract, which they knew from the outset, contained terms for the protection of the investors and their investments, with which they did not intend to comply.

“The respondents’ conduct was aggravated by their proven dishonesty, which was deliberate, calculated and repeated, and was in material breach of their obligation to protect the public and maintain public confidence in the reputation of the profession.”

In May two solicitors were cleared by a tribunal of misusing £573,000 lent to their law firm by Axiom. Here the tribunal accepted that the terms of the LFA were orally amended, in part by Mr Barnett, who was acting for Axiom. The Solicitors Regulation Authority is appealing the decision.