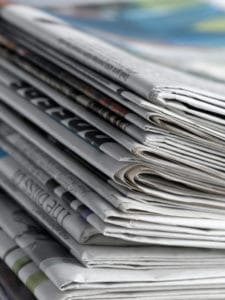 Has any law firm ever made the news like London law firm Mishcon de Reya did yesterday? It was the subject of headlines around the world – and faced accusations that it could cause riots on the streets – after announcing on Sunday that it was representing a group of unnamed clients in seeking to ensure that it is Parliament, rather than the Prime Minister, that triggers article 50 and the UK’s formal exit from the EU.

In the absence of any named clients, the focus fell on the law firm itself.

Foreign secretary Philip Hammond said: “I very much deprecate the idea of big law firms trying to interfere in our political system to overturn the will of the people.”

Arguing that determining the UK’s future relationship with the EU was a political, rather than legal, decision, he added: “We don’t need ultra-high-paid lawyers trampling all over the political space.”

The story began: “There was outrage and warnings of riots on the streets after law firm Mishcon de Reya prepared to lodge a plea at the High Court today. It would force MPs to pass an Act of Parliament before starting the departure from the EU.”

It quoted Conservative MEP David Campbell Bannerman: “I have seen before in Northern Ireland what happens when democracy is ignored. We will have riots on the streets if this result is blocked in some way and if this legal challenge is an attempt to allow Remain supporters to use Parliament to ignore the will of the people.”

According to City AM, Conservative MP Kwasi Kwarteng said the law firm’s manoeuvre was “outrageous and incredibly arrogant”, adding “these people are just grandstanding”.

UKIP MP Douglas Carswell said: “I suspect this will confirm the worst fears of many of millions of people who fear the establishment trying to subvert the outcome of the referendum. If, as a result of lawyers, the clear majority view was subverted, then god help us, we would go into an extremely dangerous situation.”

The paper said Conservative MP Bernard Jenkin added: “This is an extraordinary attempt to disrupt the consequence of a referendum… We have a democracy, the democracy is working fine and we don’t need the judges to intervene with it.”

Tom Harris, a former Labour MP turned lobbyist who writes for the Daily Telegraph, was similarly uncompromising. “I’d rather run the country by unending referendums than submit to the tyranny of the lawyer acting on behalf of an unrepresentative, wealthy and entitled elite,” he wrote yesterday.

“In the meantime, law firms will get all the publicity they want, their indignant clients will get to waste their money, and Parliament will, in the end, have its say, over and over and over again. Which is fine, because we, the people, have already had ours. What a pity some people just weren’t listening.”

Martin Howe QC, chairman of pro-Brexit group Lawyers for Britain, argued that “Mishcon’s proposed challenge is devoid of all legal merit. As a matter of law, giving of notification under article 50 of the Treaty on European Union is a matter of Crown prerogative…

“It is deeply objectionable but sadly not unexpected that those who suffer from a deep-rooted contempt for democracy should resort to legal antics of this kind in an attempt to frustrate the democratic decision of the British people.”