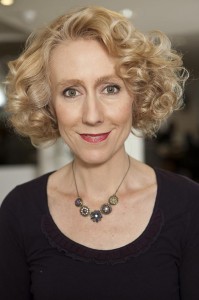 Barrass: we will take enforcement action next year over diversity surveys

Thousands of solicitors face having their right to practise removed after failing to meet the deadline to renew their practising certificate for 2012/13.

Meanwhile, around 1,500 law firms have not responded to the Solicitors Regulation Authority’s (SRA) staff diversity questionnaire.

The six-week practising certificate renewal deadline closed last Friday, by which time 26,764 bulk and single applications were submitted out of an estimated 32,611, according to the SRA.

Of the 6,000 or so applications not submitted, around 1,500 have been created and are in process but have not yet been submitted.

The SRA said that it will start the revocation process for all those who have failed to renew their practising certificate early in the New Year. However, there is still time for solicitors and firms to submit their applications.

Unlike in 2011 there was no chance to blame the system, as the SRA said that apart from “minor technical issues that were quickly rectified”, there was no repeat of the problems faced last year. The SRA said engagement with the profession over renewal earlier this year had “paid dividends”.

Alan Vallance, the SRA’s director of organisation services, said: “We are extremely pleased with the way the online renewals process has gone this year… However, while we’re happy with the vast majority who completed the process in good time, we are concerned those people who are not yet even in the system.

“On Monday, we had more than 1,000 calls to the Contact Centre about the renewals process, with a number of those having forgotten their password from last year. This implies that those individuals and firms have failed to even start renewing before the deadline.”

Meanwhile, the SRA also announced yesterday that nearly 9,500 firms responded to its survey aimed at gathering data on their employees’ diversity characteristics. There are just under 11,000 law firms in all in England and Wales. The nearly 93,000 questionnaires submitted represent an average 42% response rate from each firm.

The SRA used a specialist organisation to contact firms and ask them to give all employees – both qualified and other staff – the opportunity to complete an anonymous, individual, online diversity questionnaire.

The survey was issued to meet the Legal Services Board’s requirement for all approved regulators to gather a more comprehensive evidence base about the diversity characteristics of the legal workforce.

Mehrunnisa Lalani, SRA director of inclusion, said: “This was the first time that we conducted the exercise, so we were unsure what the results would be. We are currently analysing the results, which we will publish alongside the qualitative data we collected as part of a thematic pilot exercise conducted by our supervision team, where we worked with 100 firms.

“The next step is to send firms their diversity data results. We will be publishing aggregated data from both the survey and the thematic pilot in the first quarter of the New Year.”

There will be no enforcement action taken against non-responding firms this year, but SRA executive director Samantha Barrass indicated this would not be the case when this exercise is repeated in 2013. “The requirement to give individual employees the opportunity to complete the questionnaire is mandatory for firms. We will take appropriate and proportionate enforcement action against those who fail to co-operate with next year’s firm diversity collection exercise.”

Legal Futures reported earlier this week that in the Bar Standards Board’s exercise, the response to some questions was as low as 1.5%, which was condemned as “embarrassing” and “pathetic”.