“Thousands of jobs at risk” from PI reforms, economists warn 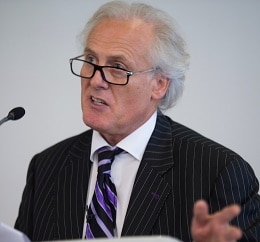 Coyne: justice secretary is hell-bent on shutting down an entire industry

Some 31,000 jobs at law firms and other businesses in the personal injury (PI) sector are at ‘high risk’ of being lost if the government presses ahead with its reform agenda, according to an economics consultancy commissioned by the pressure group, Access 2 Justice.

Capital Economics said the loss of PI activity would push margins in many law firms to “unsustainable levels”.

Its report was submitted to the government as part of Access 2 Justice’s response to the reform consultation.

The report estimated that law firms employed 28,000 people for PI work with a further 16,000 working at claims management companies, medical reporting organisations and insurance companies (both liability and after-the-event insurers). Between them all, they generate £886m in tax revenues, from corporate tax and VAT to National Insurance contributions and PAYE.

Capital Economics also estimated that there are a further 26,000 jobs in the supply chain for the PI industry.

Its own survey of 161 law firms suggested that nearly half of them received more than 60% of their income from the sub-£5,000 claims that will be pushed from the fast-track on to the small claims track under the government’s proposals.

More starkly, 40% of the jobs in law firms are at practices that specialise in sub-£5,000 claims (ie, such cases make up more than 80% of their workload).

Capital Economics found the average profit margin at PI firms to be 13%, although this figure was skewed by higher margins for firms that did only a small amount of PI work. But for firms that handle more PI work, margins would become unsustainable after the reforms, it said.

Nearly 31,000 jobs would be at high risk of being lost across the sector, including the supply chain, with a further 4,500 at moderate risk – between them, that represented 14% of the entire legal sector in England and Wales.

The Capital Economics report also suggested that other jobs in law firms could be affected by the hit taken by PI departments, along with jobs in the supply chain and other businesses supported by the spending of law firm employees – it put the total number of jobs at high risk at 66,465.

It said the impact would be felt in all parts of the UK, with the largest impacts in the north-west, London, south-east, and Yorkshire and the Humber.

“With clusters of activity, some cities will be particularly vulnerable; Manchester and Liverpool, which already have higher unemployment than the national average, could lose one quarter and one fifth of all jobs in solicitors’ firms respectively.”

Martin Coyne, chairman of Access to Justice (A2J), said: “The government quite properly flew ministers to India to try and rescue 10,000 steel jobs, yet our own justice secretary, whose job it is to nurture the law, is hell-bent on shutting down an entire industry and riding roughshod over important rights that have been part of British law for centuries.”

He pointed out that the Ministry of Justice’s impact assessment assumed that those providing services, such as lawyers, were assumed to find “alternative activities of equal economic value”.

“The justice secretary makes the egregious assumption that all 35,000 people she puts out of work will find another job immediately and at no cost to the taxpayer, which is plainly ridiculous,” Mr Coyne said.

Separate research by economists showed that the impact assessment “is designed in such a way as to always yield a net benefit from the policy being considered”, because it included the increase in insurers’ profits as a benefit, but did not include the loss of legal fees suffered by law firms as a cost.

Access 2 Justice also warned of huge job losses ahead of the 2013 LASPO reforms, but while there have been casualties since then, they have been nowhere near the scale predicted.