Thought leadership: does it really have an impact? 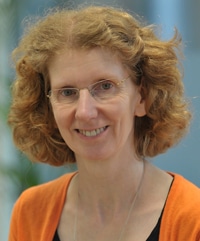 16%. You may not know it, but this number could be about to transform you firm’s marketing function.

Get any group of professional services marketeers together at the moment and the conversation quickly turns to thought leadership, that rather grandiose term some people use for the publications which litter (more of that later) the websites of most major law firms.

Traditional marketing tools have little impact on a sophisticated and increasingly cynical client base and, in any case, have never sat very comfortably with firms who believe that their professionalism and expertise is enough of a magnet to attract new clients. Rich-in-content publications are a more comfortable approach. But are they effective?

The answer to that question lies in what you’re trying to do. Imagine, if you will, a pyramid. At its base are the numerous legal updates firms produce, the aim of which is simply to keep a firm in its clients’ minds and to demonstrate that, yes, it does have expertise in a given field.

Their role is to send out constant brand reminders, a bit like the ping of a submarine’s radar. Investing in an emerging market? Ping! Eyeing up an acquisition? Ping! Want to be scared by the risks you’re exposed to? Ping!

The real problem with this approach is that it’s a bit broad-brush: a bit like radar, you need a wide sweep. And that’s counterproductive from a client’s point of view. When we ask senior executives what they think about thought leadership (something we do a lot), the word they use most is relevance. When a publication appears in their in-box which touches a nerve they’ll read it, but the majority of their material, from their perspective, isn’t targeted enough: it’s junk mail.

In the second layer of the pyramid we’ve got an altogether higher class of material – publications clearly aimed at trying to ensure clients associate a firm with a given service or issue. There’s much less of this around, because it’s much harder to produce.

The challenge is not just to get clients to notice you’re there but to actually read something. Baker & McKenzie’s website even looks like Deloitte’s and its report on third party supply chain risk would give any Big Four firm a decent run for its money. Its material looks great, some has been produced in conjunction with a reputable third party (such as the Financial Times) and much is based on reasonably robust research. 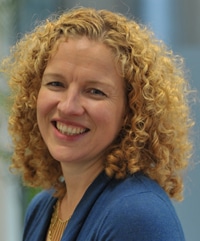 But both Skadden Arps Slate Meagher & Flom and Norton Rose Fulbright (and they’re not the only culprits) simply present the reader with a long list of ‘stuff’, forgetting that most readers have little time and plenty of choice.

After more than a decade of analysing the quality of thought leadership produced by the world’s leading consulting firms, we’ve concluded that there are four things an article or report has to get right if it’s going to be an effective marketing tool.

Will it grab people’s attention in the first place?

Those worthy-but-stultifying forewords may be a nice opportunity for the senior partner to look good, but they put off clients.

Are you saying something new or different?

That’s a real challenge in a world so overwhelmed with data and really comes down to the amount of time, effort and money you’re prepared to put in. Cheap thought leadership is invariably bad thought leadership.

Have you backed up your assertions with hard data? Our research suggests that more than eight out of 10 senior executives will forward on articles, but only if they think they’re relevant and robust. Will your clients act on what they read?

The best thought leadership contains practical guidance as well as great theory. On balance, if we extrapolate from the management consulting industry, then more than half of all publications fail to get even half-marks for quality.

At the very top of our pyramid, we occasionally see sustained campaigns by a single firm around a particular topic, designed not just to pique clients’ interest but stimulate demand. Create a market by making people aware of a new issue.

McKinsey & Company, a strategy consulting firm, is the past master of this (think offshoring and carbon abatement curves): we’ve yet to see a law firm try anything that ambitious.

It’s not a flattering scorecard overall, so you have to ask why bother? That’s where the 16% comes in: that’s the proportion of senior executives who say, according to our recent research, they’ve bought consulting services from a firm as a result of reading its thought leadership – a far higher number than we or anyone expected.

And it raises the stakes: law firms need to be clear about what they’re trying to achieve with their thought leadership – and they need to be a lot better at it.

Fiona Czerniawska is co-founder of Source Information Services, and Rachel Ainsworth, its head of research. Source for Consulting specialises in researching the management consulting industry. Its ‘white space’ methodology is the industry standard for measuring the quality of thought leadership. Source’s new report, The Impact of Thought Leadership, was published in September 2014