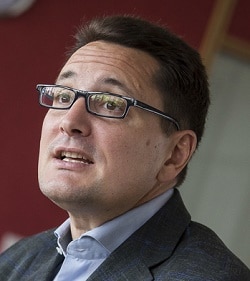 Campaigning claimant law firm Thompsons has sought to open up a new front in the fight over the government’s proposed whiplash reforms by asking the Equality and Human Rights Commission (EHRC) to consider whether those from ethnic minorities will lose out when the insurance industry passes on any savings.

In the summer, research it commissioned from data analysts WebberPhillips found a “strong statistical relationship” between ethnic minority prevalence and higher insurance premiums in a postcode – what the researchers dubbed an ‘ethnic penalty’.

A separate survey by Which? subsequently found further evidence of discrimination.

The findings were strongly disputed at the time by the Association of British Insurers, which refused to investigate the issue further, and Thompsons said the government has been similarly reluctant, while the Financial Conduct Authority has not responded to an approach either.

Thompsons is now asking the ECHR to intervene, arguing that potential indirect discrimination “cannot be ignored any longer” in the light of government claims that the reform savings will be passed on to consumers. As it happens, the ‘Phillips’ of WebberPhillips is former ECHR chairman Trevor Phillips.

Tom Jones, head of policy at Thompsons, said: “The government has a statutory duty to consider the race impact of its reforms and has admitted it doesn’t have any data – but then turns its nose up at a robust piece of research by reputable experts that shows there is a problem.

“Our report is unequivocal in saying that the process of premium setting has definitely produced an inequality of outcome to the detriment of black and ethnic minority groups.

“We are not saying this is deliberate, but the insurers have serious questions to answer about the way they calculate premiums and the government has a legal obligation to demonstrate that any savings from small claims reforms will not only be passed on but will be passed on fairly without any racial bias.”

The ECHR has the power to intervene in or institute legal proceedings, and can apply for an injunction if a service provider is likely to commit an act that is prohibited by the Equality Act 2010.

“We hope that the EHRC will take action to ensure that all motorists are treated equally and no one is subjected to an ‘ethnic penalty’,” said Mr Jones.

A spokesman for the EHRC said it was currently considering Thompsons’ report.