Third of Scottish solicitors “have faced threats or actual violence” 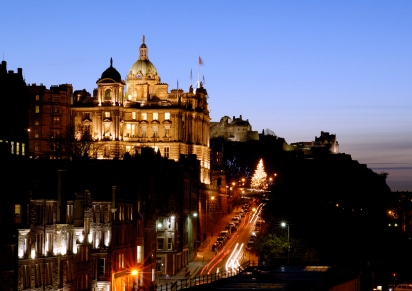 Scotland: Minority of threats came from other lawyers

A third of Scottish solicitors have been victims of violence or threatening behaviour in connection with their work, according to an “alarmed” Law Society of Scotland.

The vast majority of incidents took place within solicitors’ offices or in a court or tribunal environment. Clients or former clients of a solicitor, or of the opposing party’s solicitor, accounted for over 60% of violent incidents.

The research, the first of its kind in Scotland, is part of the Law Society of Scotland Journal’s annual employment survey of solicitors.

The results highlighted that – perhaps unsurprisingly – criminal defence solicitors were most at risk, with almost half of those who responded reporting more than four incidents in the last five years. Prosecutors and family lawyers have also been targeted.

In all, almost 40% of criminal defence solicitors, 25% of family lawyers and 19% of prosecutors have been victims of violence, with the figures rising to 70%, 54% and 61% respectively when it came to being victims of threatening behaviour

Society president Alison Atack said: “I am extremely alarmed by the survey findings… It’s vital that solicitors, who have chosen a career in law because they want to help others, can feel safe and secure while carrying out their professional duties.

“There should be no tolerance of any threat of violence towards legal professionals, or indeed anyone providing a service to members of the public, something that has been highlighted recently by the proposed Scottish Parliament bill to protect retail workers.

“We are also aware the Scottish government justice secretary intends to introduce measures to strengthen the rights of victims and witnesses of crime.

The Law Society recommendations aim to improve solicitors and other legal professionals’ personal safety and build a ‘no tolerance’ culture across the legal and justice sector to reduce violence and threatening behaviour.

The recommendations include: improved reporting of incidents to the police; adopting a safety-first approach, such as using smartphone safety apps, personal alarms or a buddy system, particularly for sole practitioners; having employers adopt robust policies and procedures to deal with violent or threatening behaviour; specialist training on risk awareness; and support for solicitors who are victims of violence.

The survey also indicated that solicitors’ colleagues, or those representing the opposite party, accounted for a minority of incidents, with approximately one in seven involving violence and a slightly higher proportion involving threats.