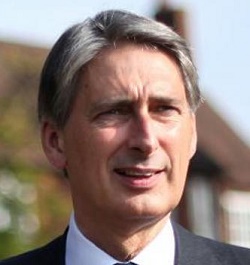 The Ministry of Justice (MoJ) is among the government departments “facing further large budget cuts over the next five years” on the basis of this week’s Budget, a leading think tank has predicted.

The Resolution Foundation – whose executive chairman is former Conservative minister Lord Willetts – said that, by 2023-24, the MoJ’s budget would be worth nearly half of what it was in 2009-10, when the Conservatives came into power (see table below).

The next spending review will be in 2019, although in the Budget Chancellor Philip Hammond said he was setting out an “indicative five-year path” for departmental spending.

He added: “When our EU negotiations deliver a deal, as I am confident they will, I expect that the ‘Deal Dividend’ will allow us to provide further funding for the spending review.”

But the Resolution Foundation response to the Budget calculated that, “based on the overall cuts implied by the new forecasts”, by 2023-24 the MoJ’s budget would be 48% of what it was in 2009-10, taking general inflation into account.

“Far from the end of austerity, the Resolution Foundation warns that the Ministry of Justice could face cuts totalling 48% by 2024.

“Under the Tories, our justice system has already been cut to the bone. Further cuts will push justice from crisis to breaking point.”

The MoJ said: “We are continuing to engage with HM Treasury on ensuring that the justice system has sufficient funding in both the short and medium term, ahead of the spending review in 2019.

“The department continues to work to ensure that the department’s finances are set on a long term sustainable footing.”

It stressed that the planned £300m cut – which has been heavily criticised by lawyers since Mr Hammond sat down on Tuesday – was “not new” and instead focused on an extra £52m that was secured in the Budget for this year.

Of this, £30m will go on improvements to “safety, security and decency” in prisons, and there will be £15m more to spend on the maintenance and security of court buildings.

Another £6.5m will be invested across the wider justice system, including a £1.5m for the Parole Board “to boost its operational capacity”.

The Treasury will also fund the cost of building a new prison at Glen Parva in Leicestershire. While this has not yet been set, the newest prison in the estate, HMP Berwyn in North Wales, cost £250m when it was built in 2015/16. 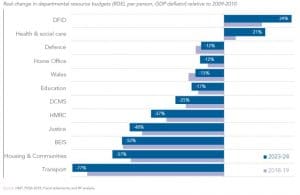