Think tank calls for second round of court modernisation 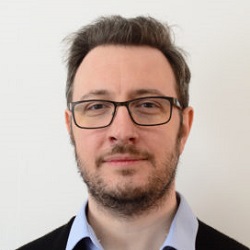 The court modernisation programme has become an “efficiency effort” and a second round of more transformational court reform is needed, a report by the Social Market Foundation (SMF) has warned.

The SMF found widespread public support for online justice, with only 27% objecting in a survey it conducted, but only 24% supported the use of artificial intelligence (AI) in decision-making by the civil courts.

In the report Future-proofing justice, making the civil and criminal courts world leading by 2030, the SMF said the current court modernisation programme was “unlikely to deliver the transformation” that would push the courts in England and Wales to the top of the global rankings for efficiency and effectiveness (it currently comes 20th for civil justice in the table produced by the World Justice Project).

The SMF said the modernisation programme had largely “become an efficiency effort” through the application of technology to existing structures, processes and people.

“Further, there are question marks over whether the efficiencies will be as great as hoped. The transformational initiative that many originally hoped for has faded.”

An evaluation exercise should be carried out so politicians and policymakers could learn the lessons of the programme’s successes and failures.

This should be followed by the Ministry of Justice creating an independent Justice Research Council, funded through an endowment and “tasked with sponsoring civil and criminal justice-based research that will be strategically and operationally useful to policymakers”.

Meanwhile, by the end of 2023, the Leveson reforms of criminal justice procedure proposed in 2015 and the Briggs reforms of civil justice outlined in 2016 should be implemented.

After that ministers, senior policymakers, the legal profession, academics, the business community and others should “begin the process of developing a new comprehensive strategy (and plan to deliver the strategy) to make the English and Welsh courts the best in the world by 2030, with a second round of more transformational court reform at its heart”.

The SMF report, sponsored by London law firm Mishcon de Reya, was based on a roundtable with politicians, policy makers and practitioners – including Legal Futures editor Neil Rose – held last October and a poll by Opinium of 1,000 members of the public and 1,000 businesses of all sizes, carried out last summer.

Just over a quarter (27%) of the public opposed the use of remotely accessible digital procedures in civil and criminal justice.

Two-thirds of businesses (64%) supported making the civil courts “digital by default”, while retaining some in-person hearings and trials.

Businesses were much more positive about the use of AI in civil justice, with 51% backing the use of technology to resolve low-value disputes.

A similar proportion (48%) thought AI would speed up the progress of civil cases through the courts, while 53% thought it would make justice cheaper.

Richard Hyde, SMF senior researcher and the report’s author, said: “There is no doubt that the justice system has been letting people down for a long time.

“Those on middle and low incomes in particular find it very difficult to access to justice through the civil courts, while the criminal courts are failing to deal with their caseloads efficiently and effectively.”

He added: “The government’s court modernisation programme is due to end in 2023, but that’s when the real work – to put in-place world leading courts – should begin.”