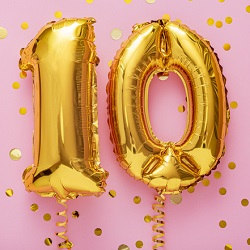 Tomorrow marks the 10th anniversary of the first alternative business structure (ABS) licensed by the Solicitors Regulation Authority, and the firm is still going strong.

John Welch & Stammers (JWS), based in Witney, Oxfordshire was granted a license on 26 March 2012, the day before Co-operative Legal Services. Lawbridge Solicitors in Kent, which has since merged with Grant Saw, was licensed on 28 March.

The very first ABS was Premier Property Lawyers, licensed by the Council for Licensed Conveyancers on 6 October 2011.

JWS is a four-partner firm founded in 1935 that practises in dispute resolution, commercial and residential property, company, family and probate.

Managing partner Berni Summers was practice manager back in 2012, having joined the firm in 1995. She is an accountant and also provides private client advice.

“The whole point of becoming an ABS was so that I could be a partner,” she said. “I never wanted to become a solicitor. I hated exams.

“I was recruited to make the place more like a business. Having a manager with a business head is worth every single penny. That is how we’ve managed to survive.

“In my view solicitors do not make the best managing partners. You need someone with a business mind. It takes hard work and a lot of strategic planning.

“After we became an ABS and I went to conferences about them, 90% of people were doing it so financial people could become partners – not for any other reason.”

Ms Summers said she was recruited by the firm when she was a divorce client. The partner acting for her said: “We could do with someone like you in the office.”

She described as “horrific” the process of applying to become what would be the first solicitor ABS.

“The whole system was so laborious. They were learning and we were learning. It’s nothing like that now. It’s really straightforward.”

Ms Summers said that although JWS was licensed first, the SRA delayed the announcement until the other two were on board.

“I did a talk at a business awards ceremony standing next to the Co-op. People were amazed that we were there – we were just a high street practice.

“At that time people were really worried about big businesses bringing law into the shop. I could see it was not going to work and it didn’t.”

Ms Summers said JWS did not need any of the other freedoms that went with ABS status apart from being able to appoint non-lawyer partners, such as external ownership.

She said a lot of small law firms were disappearing because of professional indemnity, compliance and cyber issues.

“It’s harder and harder to go on functioning and find the right staff. We’re a traditional law firm and staff never leave. I hope we never merge and I would not be part of that merger.

“My priority for the next five years is to make sure I’ve got something to hand over to the next people. They could always bring in a managing partner who is not a solicitor.

“We’re different to a lot of firms of solicitors. We don’t do any advertising, but we’re always busy. That is not an issue.”

The SRA has now licensed 1,110 ABSs. Taken with all of the other ABSs licensed by other regulators, there are more than 1,500 in total.