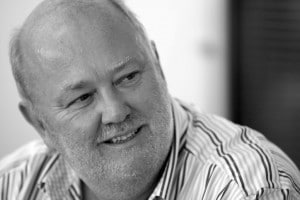 Du-Feu: “uniformity of service across the country”

The British Medical Association (BMA) has launched a ground-breaking alternative business structure to service the legal needs of its 154,000 members, Legal Futures can reveal.

BMA Law Limited, which became an ABS yesterday, provides the full range of consumer legal services, from personal injury and private client to family law and immigration, in association with Cardiff-based NewLaw Solicitors.

Viv Du-Feu, director of legal services at the BMA, said the aim was to create a “one-stop shop” for members. Following a ‘soft launch’ yesterday to the BMA’s 1,100 staff, he said the service would be formally launched to members at the end of this month, but some of them were already using it.

“The virtue of this from a member’s point of view is that they’re engaging with a firm that knows the issues they’re facing and, if it makes a profit, that profit goes back to the members and is applied for their benefit.

“We want to offer uniformity of service across the country – uniform cost and uniform quality.”

Mr Du-Feu said NewLaw handles all calls to the ABS and carries out the initial ‘triage’ to decide who to refer the work to. He said the association with NewLaw should not be compared to previous joint ventures launched by the Cardiff-based law firm.

“They’re breaking new ground with us, as we are with them,” he said. “Clients remain clients of BMA Law Limited.”

Mr Du-Feu said personal injury and private client work in England and Wales is handled by NewLaw. Other work is carried out by Mills & Reeve, Capital Law, DavidsonMorris (immigration work in London) and, in Wales, Wendy Hopkins Family Law Practice.

Mr Du-Feu said that in the case of conveyancing, unlike other legal work and because of the rules regarding holding of client money, members would be referred to MyHomeMove and would be clients of that firm of licensed conveyancers.

He said BMA Law’s “core team” would remain in London, handling issues from advice on partnerships and joint ventures to regulatory matters. Based at the association’s HQ in Tavistock Square, central London, the team is headed by two senior lawyers.

Justin Quinton, who trained as a barrister but is now working as a solicitor, joined the BMA from the British Dental Association last year, where he advised on commercial, employment and regulatory work.

Robert Day, a commercial lawyer with experience in “high quality and value legal work” including complex corporate structures and the buying and selling of companies.

BMA Law Limited will be owned by the BMA through a trust to comply with Solicitors Regulation Authority rules.

The board controlling the ABS is made up of Mr Du-Feu, Mr Quinton, Mr Day, along with two other members of staff from the BMA and Helen Molyneux, chief executive of NewLaw.

NewLaw Solicitors, itself an ABS and owned by Redde plc, launched a joint venture ABS with mediation service InterResolve earlier this year. It is one of three ABS partnerships [2] NewLaw promised for this year, having already set up four joint venture ABSs.