Many lawyers entered the law to make a difference. Now is their chance, especially at this unique time in the profession’s history, with the Salvation Army set to launch a commercial law firm in Australia, says Scottish solicitor Raymond McLennan. Compulsory pro bono could be the answer, 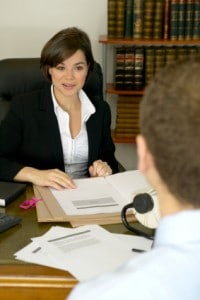 “There is only one boss: the customer. And he can fire everybody in the company from the chairman on down simply by spending his money somewhere else.” So said Sam Walton, founder of Wal-Mart, the owners of Asda.

A simple message, yet one which can be complex to deliver. The interesting thing about Sam Walton is that he kept things simple. Give customers what they want at a price that they like, that still makes a profit for the business and look after your staff and you can’t go far wrong.

In the legal world there is plenty of anecdotal evidence that some firms are getting some, if not all of that, wrong, some of the time. Turnover down, profits are dipping and staff are inevitably being laid off as a result. It’s all about money. But is there another reason why we are in the legal business?
I often read about people who “want to make a difference” in law and usually this is before they fully enter the profession. I once asked a trainee lawyer to help me write a chapter for a book on the future of the law in Scotland and he stated quite categorically that as long as it was not about making money, he would do it… but if it was about money, he wanted no part in it.

I didn’t press him on why he felt that way as I suspect that part of me wanted to let him have his moment and he could find out for himself whether or not he could keep the faith and carry on in the law not making any money.

I wondered how long he would last; how he would pay the bills and if anyone would join him if he set up a firm with that as his mission statement. Over the course of the next few weeks I asked some other trainees why they decided on law and a lot of them said the same thing, they wanted to make a difference. Was this a new thing or had law students always thought that way?

And something else was happening around that time. The banking crisis had started, uncertainty was in the air, trainees were being let go, training contracts were being suspended or cancelled and there were many law students unable to get any kind of work.

Looking at the number of law students that the universities were churning out, versus the number of jobs available, it was no surprise that something had to give. Economic theory tells us that supply and demand need to balance exactly. But what happens when the economic system gets a shock or even two shocks, recession and Legal Services Bill. How long will it take the profession to balance out? And what happens in the time it takes to balance out? Is that a time for us to consider why we are in business?

Why are we in business?

The economic focus of law has already altered dramatically in the last 30 years. The sheer number of lawyers has gone up ten-fold. Law firms now reflect the size of their clients and a huge segment of law is concerned with the delivery of corporate legal services and sole practitioners are being economically squeezed out. The domination of these larger legal firms has affected law students and the ideal placement is now seen as a seat in one of the big firms.

The big firms is where all the money is and they inevitably attract the star talent. Interestingly, the trainee I mentioned earlier worked for one of the big firms. Did he consider that as the best place to make a difference? Are there any big firms that exist for any other reason that to make money? I suspect that their PR departments will fire into full spin to tell us about all the altruistic stuff that they do, but is that really enough? And in this calm between two storms, is it now time to really consider why we are in business?

The founders of Hewlett Packard said that “many people assume, wrongly, that a company exists solely to make money”. They went on to say that companies should “make a contribution to society, a phrase which sounds trite but is fundamental”.

So does a law firm make a true contribution to society and have a higher purpose? More importantly can it do that comfortably alongside being profitable?

The Salvation Army seems to think so. That’s why later on this year they are opening a commercial law firm in Sydney, Australia that will charge commercial rates, pay lawyers market salaries and channel the profits into its humanitarian work including legal services for the poor and needy.
Before you dismiss this as some kind of gimmick, here are some facts about the Salvation Army.

It started in 1865 and has an annual budget exceeding $2.6 billion in the US alone, with a workforce of 3.4 million workers and volunteers. If it were a company, it would be in the FTSE 250. Of all the firms listed in the Dow Jones Industrial average in 1896 only two remain, the Salvation Army and General Electric.

It operates in 120 countries providing services in 175 languages, has 1,680 thrift shops and provides free accommodation for 65,000 people a night. In addition it provides counselling for former prisoners on parole or probation, nurseries for children and the elderly, community sports and recreation facilities, medical services, job training and recruitment, missing person services, visitation services to people in their own homes and responds instantly to disasters and provide relief programmes.

Of every £1 collected, 83p goes directly to these services with only 17p is spent on overheads and administration; a figure that surely shames any government department. Oh, and it runs a successful bank to account for all this and the annual $2-$3 billion in donations since 1890.

That, ladies and gentlemen of the legal profession, is your future competition, not Tesco.

The Salvation Army could easily be followed by the SSPCA, Shelter, Oxfam, RNLI, The Red Cross, RSPCC and others.

So what can we do about it? Here’s an idea that formed out of the discussions with the trainees and a couple of books that I read once.

Paul Ormerod’s book entitled Why Most Things Fail postulated that corporations and businesses needed to adopt certain strategies in order to stand a chance of prospering in a world where only one thing was certain… failure. In that book Ormerod quotes Freidreich von Hayek, the Austrian economist and 1974 Nobel Prize winner who said that “innovation, evolution and competition are the hallmarks of a successful system”.
Ornerod also tells us that it was Joseph Schumpeter, another economist and creative thinker (and victim of a collapsed bank!) who coined the phrase “gales of creative destruction”. Schumpeter disagreed with Karl Marx on the collapse of capitalism because he said that “innovation led to gales of creative destruction which caused old ideas, technologies, skills and equipment to become obsolete… and this caused continuous progress and improved standards of living for everyone”.

So we need innovation in the legal business to progress and improve standards of living for everyone.

Why don’t we include a clause in the Legal Services (Scotland) Bill that requires all lawyers working in Scotland to donate a minimum of 20 hours a year to pro-bono work for the poor and needy?

Firms could designate Wednesday afternoons from 3-5pm as pro bono time and take appointments. This would relieve the pressure on the Citizen’s Advice Bureau and the small number of lawyers who donate upwards of 100 hours a year to such causes. Greater minds than mine can work out the details, but in principle, why not?

Yes, we are in business to make a profit and to make money, but we also all once wanted to make a difference. This is an opportunity to make that difference, to give something back and to make Scotland and Scots law unique in the world once again.

Any reason why not?