The power of words: project aims to change the language of family law 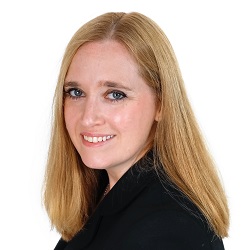 Nash: We need to re-think the language of family law

A project seeks to make family law easier to understand and less hostile – between both parties and lawyers – has been launched by a London solicitor.

The Family Law Language Project (FLPP) is the brainchild of Emma Nash, a partner at City firm Fletcher Day, who wants to help those who come into contact with family law to better understand the terms that are used.

The project also aims to identify terms that are often misunderstood, or that have become outdated or offensive; their misuse in the media; and language that is aggressive or which is not focused on the welfare of children; and suggest alternatives.

Ms Nash said: “The words we use are important. We need to re-think the language of family law and move away from terms that promotes conflict and adopt a simpler, more accessible terminology that puts the welfare of children and their families first.

“Too often, I hear parents talking about having a ‘custody battle’. This is an example of an outdated and inappropriate term that has no legal meaning, is not child focused and increases conflict.

“This is only one of many examples of how poor use of language is negatively affecting those who need the law to help them. It is time to change this.”

The FLLP was inspired by the 2020 ‘What about me’ report of the Family Solutions Group (FSG), a sub-group of the Private Law Working Group, which itself was instigated by the president of the Family Division, Sir Andrew McFarlane.

Ms Nash said this recognised the power that language played in family law situations and identified specific problems, including the use of incorrect terms by lawyers, such as ‘residence’ and ‘contact’ instead of ‘child arrangements’; a general misunderstanding of terms by the public, such as thinking that ‘co-parenting’ meant a 50/50 split in the time a child spends between parents; and adversarial layouts and language on court documents such as using Mother ‘versus’ Father.

Helen Adam, chair of the FSG and a supporter of the FLLP, spoke recently about how framing a divorce as a fight did psychological harm to children. “A new language around family breakdown is needed to ensure safety and protect children of parents who separate,” she said.

Ms Nash told Legal Futures that the damage that language could cause was “one of the real driving forces” behind the project. This included aggressive letters from lawyers.

She said she has started to “write the letter I want to write and then tear it up and start on the real letter now I’ve got it out of my system. There’s a way of being firm without necessarily making it worse”.

Setting up the project had made her realise that “there’s so many things that I could do differently… It’s about using language that’s correct but that’s accessible and understandable”.

The FLLP is also trying to get those who have gone through the system involved to better understand their experiences and Ms Nash also praised family lawyers group Resolution for its support.

She described the media as “the hardest nut to crack” because “their priorities are very different…. Conflict sells”.