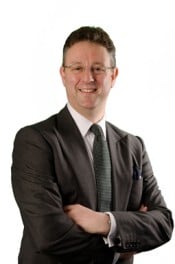 Myerson: Deech blog sets the BSB against the profession

The Bar Standards Board (BSB) chair’s description of opponents of the Quality Assurance Scheme for Advocates (QASA) as “a noisy minority of dissenters” received an immediate high-powered response from criminal law barristers.

So far, responses to the Legal Futures blog by BSB chair Baroness Ruth Deech, which accused the dissenters of demonstrating “a poor understanding of QASA”, have included three Queen’s Counsel.

Writing on the Criminal Bar Association’s (CBA) blog, Simon Myerson QC of St Pauls chambers in Leeds said Baroness Deech’s characterisation of the barristers was “not simply stone cold wrong – it is tone deaf to the very real concerns of people with families and commitments”. Her blog “sets the BSB against the profession”, he said, since in his view “opposition to QASA is a majority view”.

Mr Myerson, who said he had drafted the North Eastern Circuit’s response to QASA, criticised the BSB’s blog for being “full of inconsistencies and errors”. These included the question of whether the scheme is a precursor of best-value tendering (BVT) and one-case, one-fee (OCOF) – which the CBA has repeatedly argued is the case.

“How on earth can it be simultaneously asserted that the [Attorney General] has said that QASA and reductions to fees are not linked and (within 4 lines) that an alternative scheme would ‘be tied to a government austerity measure policy’?

“If the latter is true, then Baroness Deech has both accused the AG of lying and told us that our regulator has not disclosed the real basis for agreeing this scheme until now. For the record, I don’t believe that is what is being said: instead it simply shows that the thinking is muddy.”

In a sideswipe at plea-only advocates, the silk said QASA “imposes a bizarre and irrational cut off: namely what a client decides to do about plea at a random point in time, and then assumes that nothing has to be done but mitigate. That simply is not what happens.”

He also questioned whether judges were enthusiastic about QASA and suggested they felt bound to go along with it. Also, QASA did not address the conundrum of how to assess quality as opposed to compliance. “The Bar has had that experience already with Barmark and Quality Mark. If the current scheme does not assess quality properly then all the BSB is saying is ‘We must have something. This is something. Therefore we must have this’.”

Mr Myerson said pre-QASA research that failed to distinguish between barristers and solicitor-advocates acting beyond their competence was “inadequate and incomplete”. Equally, the two-year review period built into QASA was insufficient, he said. “Let’s say the reviewers have the humility to identify a dog’s breakfast if that’s what it is – what then happens to the people adversely affected by two years of cock-up. Is the BSB going to compensate them?

Robert Woodcock QC, of KBW, responded: “So then, here it is. The Bar cannot be trusted to police its own standards, the bench is agreed and bases this upon evidence to which we are not privy, we are going to be assessed by some organisation or other so better the BSB because it is our own (!) than one imposed upon us (unlike this one of course), we are in a period of universal austerity so brace yourselves because BVT/OCOF is coming and we are all ungrateful for what is being done our behalf.”