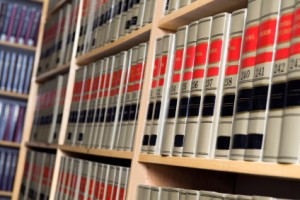 Legal education: review will not be submitted to regulators before May

Completion of the much-anticipated Legal Education and Training Review (LETR) has been delayed once again.

The academic team compiling the report after 18 months of research and consultation was meant to have delivered it by the end of 2012.

A statement said: “Good progress is being made by the research team in their work to ensure that the range and depth of the data collected through extensive engagement with stakeholders is fully reflected in their final report.

“The report is not now expected to be submitted to the three sponsoring regulators – the Solicitors Regulation Authority (SRA), Bar Standards Board, and ILEX Professional Standards – before May 2013, following which it will be published.

“The sponsoring regulators support the research team’s view that it is important to ensure that the data is fully reflected in the report, even though that means a delay in its finalisation.”

Legal Futures understands that a draft report was submitted in December but was not as complete as the research team wanted due to the size and complexity of the evidence base. There is no disagreement about the actual recommendations.

The possibility of slippage was flagged up as early as October 2011 by Sir Mark Potter, co-chairman of the LETR’s consultation steering panel.

The LETR will struggle to meet the expectations of its many stakeholders, given that some believe the current framework simply needs improving upon – particularly to encourage new paths to qualification – while others think there needs to be more radical reform to reflect the legal market of the future, rather than of today.