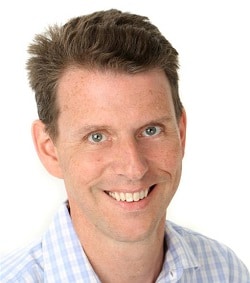 Conveyancing comparison site reallymoving.com purchased TLS in August 2017 and it now offers more than 130 services in 12 areas of practice.

Under the new model, enquiring web users answer some questions about their issue and then receive up to four quotes from ‘matched provider’ law firms, detailing the service and a price.

If the user selects one, they are put in touch with the solicitor. TLS has no further involvement in any subsequent instruction.

TLS chief executive Rob Houghton said that, while the combined panels of reallymoving and TLS had more than 100 law firms, this was skewed towards the former.

But the number of TLS firms was “growing reasonably rapidly and we haven’t really started marketing it yet”.

Under the old model, firm were charged by direct debit as if each lead was an instruction and refunded if the client did not proceed.

Mr Houghton described that model as “painful” and stressed it was “not working”.

He said that since the old model was ditched, participating firms paid around 90% less for leads, reflecting the fact that most enquiries did not convert into paid instructions and that other firms were quoting as well.

He reported conversion rates were around 10%, but said they could go far higher. Prices for leads started from around £2 for a low complexity will.

He said regulated legal services, which for regulatory reasons had to be done under the old model, did not currently appear on TLS: “We’re not expecting to gain significant revenues from those regulated services but we will make them live again at some point so we have a full range of services on the site.”

Mr Houghton said competition from other comparison sites was not a problem. “The thing about comparison websites is it’s incredibly easy to build a basic site but it’s really, really hard to make it stick.

“Building up a panel of people who want to work with you and trust you is a hugely non-trivial undertaking.”