The justice system of the future: online continuous hearings and a single point of entry 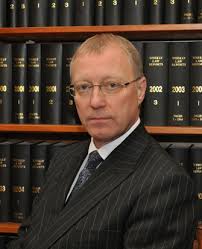 Ryder: one system of justice

The first trial of online dispute resolution (ODR) in the UK’s courts and tribunals will introduce a concept known as the “online continuous hearing”, it has emerged, with the Senior President of Tribunals urging a change in perception of litigation from an adversarial dispute to “a problem to be solved”.

Sir Ernest Ryder outlined how the justice system should be a ‘one-stop shop’ to deal with multiple problems a person may have but with a single point of entry.

Giving a speech on the modernisation of access to justice in times of austerity, Sir Ernest said: “Digitisation presents an opportunity to break with processes that are no longer optimal or relevant and at the same time to build on the best that we have to eliminate structural design flaws and perhaps even the less attractive aspects of a litigation culture.

“It also provides us with the opportunity to create one system of justice, a seamless system.”

We reported recently that the Social Entitlement Chamber of the First-tier Tribunal, which deals with appeals against welfare decisions, would be the first to trial ODR, the use of which in the civil courts is being investigated by Lord Justice Briggs in his civil court structure review.

Delivering the fifth annual Ryder Lecture at Bolton University, where he is the chancellor, Sir Ernest explained for the first time how the pilot would work.

He said: “Change your view of litigation from an adversarial dispute to a problem to be solved. All participants, the appellant, the defendant [the Department of Work and Pensions] and the tribunal judge, are able to iterate and comment upon the basic case papers online, over a reasonable window of time, so that the issues in dispute can be clarified and explored.

“There is no need for all the parties to be together in a court or building at the same time. There is no single trial or hearing in the traditional sense. Our new approach is similar to that already used in other jurisdictions, where the trial process is an iterative one that stretches over a number of stages that are linked together.

“In our model, however, we will not need those stages to take place in separate hearings or indeed, unless it is necessary, any physical, face-to-face hearing at all. We will have a single, digital hearing that is continuous over an extended period of time…

“The judge will take an inquisitorial and problem-solving approach, guiding the parties to explain and understand their respective positions. Once concluded, this iterative approach may allow the judge to make a decision there and then, without the need for a physical hearing; the traditional model to which the system defaults at present.

“If such a ‘hearing’ is required, for example to determine a credibility issue, technology could facilitate that too. It may be a virtual hearing.”

Sir Ernest argued that a ‘digital by default’ system “should not just strive to deliver something that is physically more accessible but also something that is better at solving problems that is, the ‘one stop shop’. If a litigant, party or user has a problem, they should be able to come to the system to have that problem resolved.

“They should not have to compartmentalise their own problem, and run to different parts of the system with each bit.”

Sir Ernest pointed to overlapping jurisdictions in a number of areas, such as employment and property disputes; protected and vulnerable people often need the help of the family courts, the Court of Protection and Mental Health Tribunals.

“Digitisation and the development of online courts and tribunals ought to provide the means to eliminate such deficiencies. It should enable the creation of a single point of entry to the justice system. It should facilitate the direction of claims to the right part of the system, which should be shorn of unnecessary duplication.

“Not one size fits all – but the right size for the right case – delivered through the right process.”

Sir Ernest continued that systems design also required the best use of the judiciary. “Are we ensuring that the right judge, with the right experience is able to hear the right case? The power exists to enable this to happen,” he said.

“The Tribunals, Courts and Enforcement Act 2007 and the Crime and Courts Act 2013 provide wide-ranging powers to the Lord Chief Justice and Senior President of Tribunals to enable this to happen. We are working on devising, and testing, the means to best use those powers.”

Stressing the need to test approaches, he said a pilot scheme to deploy some judges from the employment tribunals into the county court is being developed.

As well as supporting the concept of a one-stop shot, this was also about enhancing judicial expertise and career development, Sir Ernest added.

A further element of the work in the tribunals was to look at how legally qualified registrars and specially trained case officers could help judges. They should enable early neutral evaluation to become an embedded part of the system as well.

He concluded: “Our vision is of one system of justice, supporting the needs of all our diverse users, without consigning any to a second class service; one judiciary, with specialist expertise, deployable across jurisdictions, flexibly and responsively, as caseloads require – supporting service delivery as well as career progression; and better quality outcomes, facilitated through innovative problem solving and inquisitorial dispute resolution, supported by modern infrastructure, and backed by performance monitoring and appraisal.

“Austerity has provided the impetus to develop and realise that vision, to take the necessary steps to modernise our justice system and bring it into the 21st century… It is my intention that – as far as we possibly can – the reforms that flow from the vision for reform I have outlined help secure equal access to justice, to a justice that is the right of all.” 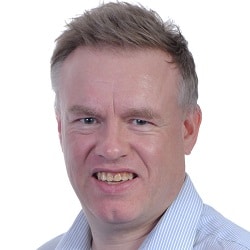 The announcement that the Civil Liability Act, and the changes which come with it, will not now be implemented until April 2021 is sensible and welcome.