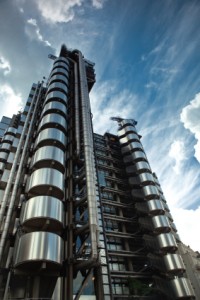 “Numerous” external investors will appear alongside consolidation and new structures once the “floodgates of change” hit the personal injury market next year – with just five or six claimant firms likely to dominate – an authoritative new report has predicted.

It found strong interest among leading insurers in becoming alternative business structures (ABSs), with nearly half of the 22 surveyed for the report already considering it – just this week it emerged that the Direct Line Group is planning an ABS application this year.

Espirito Santo Investment Bank – whose clients include Irwin Mitchell – found that a significant majority of insurers believe that reducing legal costs in the £5bn insurance legal market is a critical business issue, which ABSs, and particularly multi-disciplinary practices that can offer greater efficiencies, will help them achieve.

The report, on the insurance legal sector, said personal injury legal services will become “part of a more integrated supply chain… Service providers will increasingly include multi-disciplinary tie-ups which offer bundled services. Size will be critical.”

While the pace of change has been “slowed by delays to the expected ABS approvals and by political uncertainty” over the detail of the civil justice reforms – including the referral fee ban – their introduction next April will open “the floodgates of change”, the bank said.

Most claims management companies (CMCs) will disappear, and their cases are likely to be picked up by direct advertising by solicitors, with Espirito saying “we may see a new wave of regional law firm marketing collectives” like InjuryLawyers4U.

At the same time, “as a result of the referral fee ban, most claimant-side law firms will look to expand or exit the market. Either way, the referral fee ban will have the effect of releasing significant working capital from their balance sheets – giving them the chance to restructure, refinance and/or grow their businesses in other directions”.

For insurers, the loss of referral fee income will mean focusing on consolidating their supply chains and improving cost efficiency, alongside a need to source profitability from elsewhere.

Despite the current uncertainty – such as over the new level of RTA portal fees – holding back ABS applications from law firms, CMCs and legal expenses insurers, the report said “private equity firms and consolidators are right to remain interested, with substantial operating leverage available from these legal platforms if processing efficiencies can be captured; we predicted that five to six firms will dominate the market”.

The report also looked at the law firms servicing the commercial insurance market, and found that despite recent consolidation – such as the mergers of Davies Arnold Cooper and Beachcroft, and Clyde & Co and Barlow Lyde & Gilbert – “there are still too many mid-market firms… mergers and team hires will continue whilst panels will be further consolidated… The pressure will be on the more generalist law firms which have smaller insurance practices without significant international coverage [while] external capital will be available to the management teams of leading practices to enable them to grow internationally”.

John Llewellyn-Lloyd, head of mergers and acquisitions at Espirito, said the survey of insurers confirmed “a potential metamorphosis in many areas of customer relationships”. He explained: “This follows the direct pressure on insurers to become more efficient in their use of capital and to ensure that this is extended into the supply chain. Simultaneously, the global nature of insurance and the preference for sector focus will mean that, for many law firms, a relevant global presence and specialisation will become increasingly important to their insurer clients.”