Anna Buttimore, administrator of lawyers’ support charity LawCare, considers the stresses that finding yourself in an ethical dilemma can cause and where to seek help 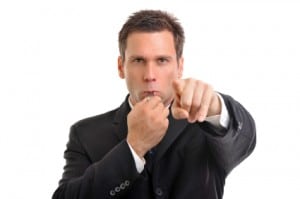 Blowing the whistle: lawyers can find themselves in a very difficult position

LawCare regularly receives calls from lawyer faced with difficult choices regarding unethical practices, and it’s not always easy to know what to advise.

For example, Risha (the name has been changed) was a trainee solicitor with only four months of her training contract left to complete. She called LawCare’s helpline because she had noticed some serious unethical practices in her firm, which she was concerned left it liable to accusations of mortgage fraud. She was fearful that, were the Solicitors Regulation Authority (SRA) to investigate, she would be implicated and guilty of failing to report the situation to them. However, if she did report it, then it was likely that she would be unable to complete her hard won training contract.

Practice rule 20.04 of the Solicitors Code of Conduct states: “You must (subject, where necessary, to your client’s consent) report to the Solicitors Regulation Authority if you become aware of serious misconduct by a solicitor… [or] you have reason to doubt the professional integrity of a solicitor.”

Failure to comply with this rule puts a solicitor at risk of disciplinary proceedings themselves, but in many cases reporting it can put them in a very difficult position with the firm. No one likes a whistleblower and to report a firm can put a job or entire career at risk.

Lorraine (the name has been changed) was a legal executive who had been with the same small provincial firm for many years. She was surprised, on receiving delivery of the firm’s printed notepaper one day, to see her own name listed among the solicitors on the heading. On reporting this to the senior partner, she was told that “Clients don’t know the difference”. However, over the next few weeks, as the headed paper started to be used, she began to wonder whether she could be liable personally were it to be discovered that she was apparently representing herself as a solicitor or allowing this to be done.

The ILEX Code of Conduct requires a member to conduct him/herself “so as to avoid doubt being cast upon his own professional integrity” and “On first accepting instructions in any matter, the legal executive should advise the client of his qualification, whether as a Fellow or other grade of member, and position in relation to the organisation within which he is working”.

The SRA take a dim view of anyone being held out as a solicitor who is not on the roll, and could well take action. It is also very likely that ILEX would do likewise. To allow her name to appear on the letterhead as a solicitor would definitely put Lorraine’s career at risk.

We advised both Risha and Lorraine to approach the person responsible at the firm, explaining the malpractise and that they were duty-bound to report it. Lorraine’s senior partner backed down and agreed not to use the notepaper any more. Risha was forced to report her firm, but with the help of the Junior Lawyer’s Division (0800 085 6131) was able to transfer her training contract and went on to qualify.

Sadly, when faced with an ethical issue that seems to threaten your career, there is little advice LawCare can give except to confront it and then, if necessary, be ready to leave the firm. Qualifying takes too many years of physical, emotional and financial commitment to put it all at risk by ignoring a practise you know to be wrong. If the issue can be resolved, you don’t need to leave. If it cannot be resolved, then you have to leave to protect yourself and your long-term future.

If you need support during any such difficult period, LawCare is there to assist and can put you in touch with a volunteer, a fellow lawyer who will befriend you and speak to you regularly as the matter progresses. We can also arrange private counselling, if necessary, with a counsellor who has a good working knowledge of the intricacies of the legal profession.

Most lawyers are dedicated and honest professionals who abide by all the rules – but some are not, and the fact that they put colleagues and friends in the difficult position of having to report them makes their behaviour even more odious. If you are facing an ethical dilemma, call LawCare for support. We are specifically exempted from rule 20.04 so even if you do choose to give us your name, we will treat everything you tell us as completely confidential.

The SRA’s ethics helpline can be difficult to get through to and, naturally, the advice is always to comply with the rules – in Risha’s case, report first and worry about the repercussions afterwards. However, they can advise on whether specific issues and matters are covered by the rules, and you can call anonymously. The number is 0870 606 2577.

Another useful service when such issues occur is the Solicitors Assistance Scheme. This organisation is independent of the SRA and the Law Society, and consists of a panel of practising solicitors who will offer up to an hour’s free advice to other solicitors. They cover a wide variety of specialisms, including ethics, employment and disciplinary matters. The number to call is 020 7117 8811 and there is also a website at www.thesas.org.uk.