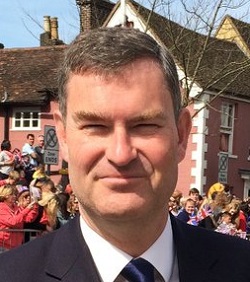 The plan is to introduce the whiplash changes in April 2019.

The bill introduces a compensation tariff for claims of up to £5,000 and a ban on insurers settling claims without a medical report. It will first be considered by the House of Lords.

The rise in the small claims limit to £5,000 for road traffic accident claims and £2,000 for all other injury claims is not in the bill as it will be achieved by a simple change to the Civil Procedure Rules.

In a bullish press statement issued this morning, the Ministry of Justice (MoJ) said the whiplash measures “form a major plank of the government’s wider work to tackle the country’s compensation culture”.

It said: “The high number of whiplash claims has contributed to increased insurance premiums but these measures will mean about £1bn in savings which insurers have pledged to pass on to drivers.” It put the saving at £35 per driver.

Mr Gauke said: “The number of whiplash claims has been too high for too long, and is symptomatic of a wider compensation culture.

“We are putting this right through this important legislation, ensuring whiplash claims are no longer an easy payday and that money can be put back in the pockets of millions of law-abiding motorists.”

The MoJ said road traffic accident related personal injury claims were 50% higher than a decade ago, despite the fall in the number of reported accidents and the UK having some of the safest roads in Europe.

“This rise has been fuelled by predatory parts of the claims industry that encourage minor, exaggerated and fraudulent claims, driving up the costs of insurance premiums for ordinary motorists.”

Speaking at the recent Association of British Insurers annual conference, Andy Watson, chief executive of leading insurer Ageas, insisted that motorists would see the benefit of lower claims costs after the reforms came in, even if the other factors that went into pricing premiums meant there would not necessarily be a direct correlation.

However, an MoJ representative on the panel said it would monitor this, but would not speculate on what enforcement action the government would take if it was not happy.

Following last year’s decision to cut the discount rate from 2.5% to -0.75%, the MoJ issued a consultation on the way the discount rate is calculated, followed by the publication of draft legislation in September.

It announced today that it has accepted the majority of the recommendations of the justice select committee on the draft legislation. The committee said the MoJ needed more evidence on how claimants invested their damages before changing the rate.

Nonethless, the new system laid out in the bill would set the rate with reference to ‘low risk’ rather than ‘very low risk’ investments as at present, “better reflecting evidence of the actual investment habits of claimants”.

It will also establish a regular review of the rate, the first within 90 days of the legislation coming into force and at least every three years thereafter, along with an independent expert panel chaired by the Government Actuary to advise the Lord Chancellor on the setting of the rate.