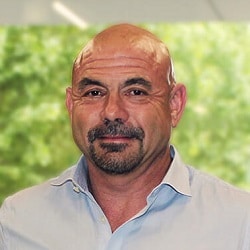 Commercial clients will make allowances for a lawyer who has made personal health and taking steps to avoid burnout a top priority, a corporate partner-turned-fitness entrepreneur has said.

That was the experience of Paul Harter, who left the London office of US law firm Gibson Dunn after more than 30 years to found Goal Master Fitness when he decided to put his health and family before blindly pursuing a high-flying career.

For several years he successfully mixed his legal work and rebuilding his fitness, before concluding that he should retire from the law and re-qualify as a fitness coach and nutritionist.

Investment in a tailored personal coaching service could pay dividends to cash-rich but time-poor corporate lawyers, whose fitness goals, such as better sleep and concentration, can be achieved despite the demands of a corporate client list, he insisted.

Speaking to Legal Futures, Mr Harter said it was fears his career would suffer that stopped him attending to his health, until in his 40s, when over-weight and poor blood test results made him realise he could put off the challenge no longer.

Now aged 62, Mr Harter said his venture was “really the product of my own life”.

He went on: “When I reached my mid 40s was really when I had my own personal epiphany.

“I was not an optimal weight, I was very stressed, I was working 12-hour days, commuting two hours a day, barely seeing my children.

“I was starting to get a bit lethargic in the afternoons. It was a very typical approaching middle age health pattern…

“So the next day I went to the gym around the corner, hired a personal trainer, and for me it was a one-way journey from that point in my life onwards.”

To his surprise, clients were more understanding than he expected and in any case he took care not to let his fitness regime prevent him from attending to their needs.

“Once they understand that it’s important to you, clients respect you for it,” he said, adding: “Never in my career did I ever tell the client that I won’t attend the meeting because I have to go to the gym, but I would say that I have a commitment at three o’clock this afternoon, can we meet at four?

“If they said ‘I really need to see you at three’, I would say fine. In all my years I’d say I missed training maybe three times a year due to client commitments. Most [senior lawyers] are in charge of their own diary.”

Mr Harter continued that both his sleep and concentration improved as his fitness increased. He added: “There is no doubt that physically active people who look good and have self-confidence do better in the boardroom than those who don’t.

“On the whole, that’s a true statement and certainly what I experienced when I went through my own transformation in my 40s and early 50s.”

The former lawyer, who was co-chairman of Gibson Dunn’s private equity practice group in London, after spending five years in the US in the 1980s, employs three people full-time and several part-time fitness coaches.

He operates out of two private studios and will shortly open a third. His aim is to offer a one-to-one coaching service to a largely middle-aged cohort of City lawyers, within five minutes’ walk of their offices.

He explained: “London is a small enough place that with half a dozen studios you can pretty much cover the whole City, or at least the whole legal community.”

Mr Harter said the cost was too high for an HR department to fund entirely, but he was “talking to a few firms” about subsidising his service.

He would only say the cost was “single-digit thousand of pounds” for an intensive three-month programme.