The challenge of digitising the courts 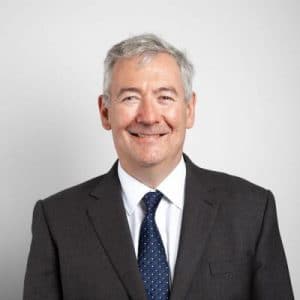 Sachs: We knew what we were talking about

CaseLines, whose digital bundling software is used widely in UK criminal and civil courts, including the Supreme Court, has gone from a start-up to major supplier in a matter of a few years. Its founder talks to Dan Bindman.

It was something of a David and Goliath situation, when Netmaster Solutions, the company behind CaseLines, won its bid to provide digital evidence bundles and courtroom presentation services for all the Crown Courts in 2015. The tiny start-up beat Canada-based global information technology giant CGI.

Paul Sachs – Netmaster chairman and CaseLines founder and chief technology officer – explained that CaseLines was then two people whereas CGI employed over 60,000 (currently 74,000).

The process of modernising and digitising the courts, now well underway, was started with a Crown Prosecution Service push to remove paper from the court process to save money and improve efficiency, following the 2008 economic crash.

The company, which now has 12 staff, benefited from a government procurement policy called the G-Cloud framework, which was designed to open up competition for publicly funded digital projects to smaller, innovative suppliers.

Mr Sachs, who has degrees both in psychology and computing, was especially credible to the Ministry of Justice, not least because of his experience both in the private and public sectors: for two years he was a consultant to HM Treasury’s Asset Protection Agency.

Plus, the company had already been selected for a digital court trial by the Supreme Court in 2014.

“The reason we won [the Crown Courts bid] was that we knew what we were talking about,” he said. At a meeting of a judicial engagement group chaired by the then Deputy Senior Presiding Judge, Lord Justice Fulford, he was able to answer a question about the pagination of courtroom bundles.

“It was a kind of schoolboy question, which is how to paginate late-arriving documents. I knew the answer and had already built it into the software.”

All was not lost for CGI. This year the company aided HM Courts & Tribunals Service in producing Juror Digital – a service that enables citizens to reply to a jury summons online.

Scepticism about whether CaseLines could handle the scale of the Crown Court project was met with assurances, said Mr Sachs. “One of the questions about the technology was scalability, of course. Scalability was built into CaseLines right from the word go when we first designed it in 2008.”

The software, which uses the Microsoft Azure cloud platform – with one of the largest global network infrastructures on earth – enables the Crown Courts system to handle 1.5m hits per hour at peak times, and 25,000 users, he said.

The system currently had 70m pages of evidence stored, he added. “You need to retrieve that evidence in split seconds in order to make the system responsive in the courtroom.”

The justice system was not like other industries, he said. “The one thing you can’t do in justice is tell the people that work in it to work in a different way.

“In legal you’ve got to spend the time with the people and ask ‘how do you work?’ Even if as a computer person you think ‘that’s not very efficient’, you’ve got to take that as a starting point.

Delivering a paperless court was one aspect of CaseLines, he said. Another was integrating video conferencing into the software.

Since 2016 it has provided what it calls ‘one-click video streaming’ – allowing body-worn camera evidence to be stored and streamed to court.

Video was increasingly being used in the family courts, he reported. For instance, “an individual who wanted to provide a statement to a family court but was resident in Germany, gave her statement over video link within CaseLines.

“That statement was loaded as video into the case file.”

He warned that moving to digital is not always plain sailing.  For example there is a problem that comes from switching from paper to PDFs using a simple eFiling approach.

He called this problem “PDF soup”, adding: “The judge has to fish around for the latest one, which ones are old, and so on. It’s hard work for the judge.”

The problem has become so acute that, in the US, some judges are “insisting that the court administration staff prepare a printed paper bundle from the PDFs that have been e-filed for their use in the courtroom using this simple digital approach.”

Overall, Mr Sachs said courtroom modernisation had to be seen by the people working within the justice system as making their lives easier.

“So don’t get too ambitious with how you’re going to change things. Realise that you’ve got this fantastic asset, which is the people, and if that asset is being wasted by repetitive tasks like filling in the name of your client five times a day, or 15 times a day, then replace that.”