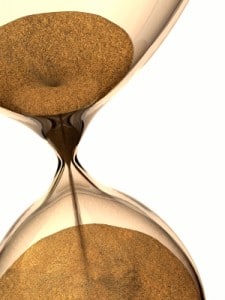 The Bar Standards Board (BSB) has suggested changing the benchmark for measuring how its complaints investigators are performing – after it failed badly to meet its own key performance indicators (KPIs).

A report by the BSB’s professional conduct department (PCD) found that in relation to complaints received between 1 April and 30 June 2012, an initial assessment of just 42% of external complaints was made within the board’s one-month target period.

Further, the percentage of complaints then concluded or referred to disciplinary action following investigation within the six-month target was even worse, at just 22%.

The PCD report admitted that its performance against the KPIs – a new innovation in performance measurement across the BSB’s activities – “is as not as good as we would like, particularly in relation to the investigation of complaints”.

It added: “There is now strong evidence to indicate that the KPI for completing the initial assessment of complaints is set at an unrealistic level and needs to be adjusted going forward, but nevertheless there is still room for improvement.”

The report admitted “we underestimated the number of times we have to make further enquiries of the complainant before we can make a decision” and said it was likely the target would have to be changed from one month to “six or seven weeks”.

At the September full board meeting, lay members Dr Malcolm Cohen and Richard Thompson both expressed concern at the notion that the initial assessment benchmark might be changed. Dr Cohen said the failure to meet the investigation deadline was a serious matter and that meeting it was “fundamental” and “of huge importance”.

Mr Thompson said: “There is a risk that anyone reading this will think, ‘how can these people have set themselves the wrong KPIs – it may be evidence that they don’t understand their own business’.” He added that concluding just 22% of investigations within six months was not “slightly off; it’s a long way off” and requested “greater clarity on what lies behind the story”.

PCD chair Simon Lofthouse QC said the one-month target for initial investigations was based on a belief that the need to go back to the complainant more than once was exceptional, whereas “it is proving to be more like the rule than the exception”.

He acknowledged that the fault lay partly with BSB officials being too lenient in granting barristers and complainants time extensions. “We perhaps need to be a little firmer and a little less generous so we can keep within these timescales,” he said. Any change to the KPI would be “evidence-based”, he stressed.

Head of professional conduct, Sara Down, pointed out that in relation to the 22%, the numbers improved sharply “when you get beyond the six months”. She added that by being “a little bit stricter” on the time periods allowed, the BSB could achieve a “dramatic effect” on meeting its performance targets.

The PCD’s report also flagged up its concern that the cases of an estimated 500 barristers who failed to comply with continuing professional development [2] requirements for 2010 and 2011 were due to be referred for disciplinary action over the coming months. The surge in referrals amounts to at least a 250% increase on the annual number from previous years and would “put the PCD under a considerable level of strain”.

Extra temporary staff could be required to deal with the backlog, the report said, adding: “It is inevitable that the situation will impact on the work of the department.”