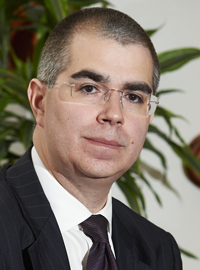 Former Quindell executive chairman Rob Terry has formally lost his right to buy back nearly 9m shares in the company under the sale and repurchase agreement that led to his resignation.

AIM-listed Quindell announced to the stock exchange yesterday – just after trading had ceased – that Mr Terry had received a notice of margin call under the agreement with Equities First Holdings (EFH).

The agreement provided that if the value of the shares he and two other directors transferred to EFH fell to 80% or less of what EFH paid for them, they were required to transfer further shares or provide cash to satisfy margin calls.

The announcement said: “Mr Terry did not meet this margin call which, consequently, has led to the termination of the agreement. As a result, his right to repurchase 8,850,000 ordinary shares of 15 pence each transferred by him to EFH under the agreement will be terminated with effect as today.

“Following the termination of the agreement, Mr Terry will be interested in a total of 38,100,000 ordinary shares, representing 8.73% of the total issued ordinary share capital of the company.”

EFH paid 67% of the value of the shares at the time, less a 3% facility fee, which amounted to nearly £7.5m given the price of the shares then – around 123p.

They were to be bought back after two years at 69% of the purchase price, less margin calls, with the money raised largely being put back into buying more shares – although initially Mr Terry only bought a million shares, again at around 123p.

In the wake of the furore over the deal, as well as its then largest institutional shareholder halving its stake, Quindell’s share price fell as low as 44p last week, before a recovery which stalled yesterday. This was after Quindell announced first that outgoing finance director Laurence Moorse had also forfeited his right to repurchase shares from EFH, albeit the somewhat smaller number of 200,000, for which EFH paid nearly £170,000.

There has not yet been an announcement on the third, now former, director who sold shares to EFH. Steve Scott transferred 1.35m shares in return for £1.1m.