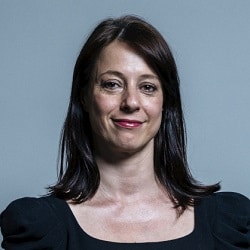 The rhetoric is heating up ahead of the second reading of the Civil Liability Bill in the House of Commons next week, with the Motor Accident Solicitors Society (MASS) and Association of British Insurers (ABI) both speaking out yesterday.

MASS called on the government to go beyond its commitment to provide a means for reporting on the consumer savings made by the proposed whiplash reforms – a provision the Ministry of Justice has pledged to introduce in the House of Commons – and consider capping future premium increases.

Chair Simon Stanfield said: “If the savings resulting from the current round of whiplash reforms are as significant as it is claimed – justifying the erosion of an individuals’ right to claim justice following a motor accident – then it is only fair that robust measures are put in place to ensure that the savings are passed on to consumers.

“Insurance sector promises ring hollow with the experience of past performance and ever inventive new excuses for rising premiums in the face of increased profits.”

He argued that there were only short-term reductions in premiums after LASPO in 2013, despite claims and costs falling.

Mr Stanfield said: “When insurance companies claim that the cost of motor insurance has reduced, they are usually referring to new business only, ignoring the automatic premium increases applied on renewals, which can account for around 70% of premium policies.”

As a result, it might be time for the Financial Conduct Authority “to consider the potential viability of a relative price cap on future increases in insurance premiums, particularly tighter control on auto-renewals”.

Mr Stanfield added: “If consumers can benefit from a price cap in the energy sector, which is highly competitive, has price comparison websites and is subject to changing wholesale prices, then surely it could be perfectly possible in the insurance market to benefit consumers by limiting premium increases?”

The ABI, meanwhile, said that members of the public have reported receiving cold calls from a firm falsely claiming to be the ABI, or employed by it.

ABI spokesman Anthony Wright said: “Any cold callers saying they are connected with the ABI are cowboys trying to scam honest people into making a fake claim…

“This is further evidence of why we need the Civil Liability Bill going through Parliament to fix the broken injury compensation system that these firms are exploiting.”

The ABI pointed out that, since April 2017, the Claims Management Regulator has cancelled 69 licences, “reflecting widespread poor practice in the sector”.

There are currently more than 750 personal injury claims management companies.

In response, former MASS chair Donna Scully, a partner at Carpenters, tweeted: “So here’s a taste of what unscrupulous CMCs are willing to get up to to target accident victims & make money. Don’t say we didn’t warn you when you put the red carpet out for CMCs by opening the proposed LiP Portal to them in the whiplash reforms.”

The potential impact of raising the small claims limit for employer’s liability claims to £2,000 was covered in The Guardian [1].

Shadow justice minister Gloria De Piero told the paper: “These changes mean more workers will be faced with a choice: either pay for legal help out of your own compensation, continue unrepresented and face large insurers who will continue to be able to afford lawyers or simply drop the claim.

“Disgracefully, [the government] won’t even be bringing these changes to the floor of the House of Commons where they would be fully scrutinised and debated by MPs.

Instead, they’ll be using a statutory instrument; a legislative technique that allows ministers to alter existing regulations without having to have a full debate in the Commons. The Tories are trying to avoid the full scrutiny these changes desperately need.”

Simon Stanfield will be one of the speakers at our PI Futures [2] conference, being held on 18 September in Liverpool, where he will be discussing the Civil Liability Bill. Click here [2] for all the details.