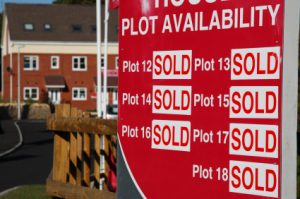 Only a tiny number of conveyancing firms are committed to innovation, while consumers are pressing for technology that gives them access to information, according to a survey of conveyancers.

Separately, a leading property services business claimed conveyancers were “very close” to adopting technology that would bring transparency to the market, for example allowing home-movers to see what stage a transaction had reached.

A survey of 178 legal professionals by conveyancing software business InfoTrack found that, while they agreed that new technology helped them to stay competitive, just 3% said their firms had resource dedicated to R&D or innovation.

Half said decisions were “ad hoc” as to whether or not their firms adopted new technology.

A third (34%) believed firms should constantly explore and trial new tech in order to be effective and efficient.

InfoTrack said previous research had found a big appetite among home-movers for the use of technology by their conveyancers that would improve digital communication and access to real-time information about their transaction.

This accorded with the conclusions of a report by tmgroup, a leading provider of search and other services to conveyancers.

Written by tmgroup’s chief executive Joe Pepper, it said the market was “very close to being able to work within a digital framework”, such as ‘digital vaults’ in which “relevant information and data relating to a transaction is stored and securely made available to each authorised party”.

He continued: “Integration with case management systems could also help to ensure that all parties are able to see where each professional is in the process, and communicate directly with the other professionals involved in the transaction.

“The consumer could then be kept up-to-date through a website or mobile app, prompting them to complete their own tasks, and providing an audit trail to avoid the potential different parties blaming each other for a lack of progression.”

He added: “For everyone connected in the chain, these changes cannot come quickly enough, as poor communication is routinely blamed by all parties involved for property transactions falling through.

“It is not surprising, considering that much of the property transaction is shared across disparate emails and telephone conversations, which can result in delays and confusion.”