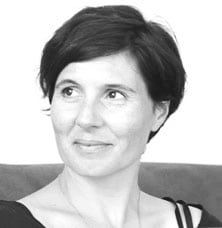 A barrister who specialises in advising technology companies has launched a Bar Standards Board (BSB) entity to house her employment practice, while the legal group she co-founded is poised to release a product geared to helping clients navigate European data legislation.

Sophie Clifford, originally from France, previously worked at the United Nations in New York and is a trained mediator. Brighton-based Temple Employment Law Limited, trading as Temple Law, was authorised by the BSB at the beginning of last month.

Ms Clifford, who represents employers and employees through direct access, told Legal Futures that she wanted Temple Law to come under BSB regulation because “it enables me to bring all my different business activities under one company structure”.

Her practice was “law and a bit more”, namely mediation, mental health awareness, and the “pure legal work for which I require the regulation”, she explained.

She described the process of obtaining BSB regulation for Temple Law as initially “offputting” for a sole practitioner, but “once I accepted that I had to create a business plan and a financial plan, and filled in the boxes, they were amazing at not putting more obstacles in my way. So although the process seemed old-fashioned, once I had [completed] the forms as well as I could, they were helpful”.

Separately, The Legal Pod, an association of four high-powered commercial tech specialist lawyers each with their own distinct practices, launched in 2014. It is made up of Ms Clifford, and solicitors Karima Noren, formerly Google’s head of legal emerging markets, Nigel Jones, formerly Google’s European head of legal, and Stephanie Dominy, who among other things was a general counsel at luxury holiday giant, Kuoni.

The Legal Pod will shortly launch a product designed to help companies achieve compliance with the General Data Protection Regulation (GDPR), which is due to come into force in May 2018.

The GDPR compliance hub was “a product as opposed to a service”, Ms Clifford said. While other products offered a similar result, clients reported they were complicated and “do not fit with the language of the tech industry [or] give us a quick and easy solution”.

She said the GDPR product would be a platform “which gives [tech firms] a methodology to comply with the regulation”. The Legal Pod was developing it with tech firm clients, which would enable “them to give feedback on the system, so that it’s industry led rather than just lawyer led”.

She said that all the members of The Legal Pod were former in-house lawyers, meaning the services the group offered clients were more “outsourced in-house lawyer” than law firm.

She continued: “So it’s a very different approach for the client… you actually get somebody who works with you at the speed of the business, which often is manic, understanding that they don’t want a piece of advice as such; what they want is quick solutions.”

The GDPR is becoming something of a target for legal businesses. City firm Taylor Wessing has launched a data breach mobile app – TW:Cyber Response – to help companies prepare for and respond to data breaches.

It is designed to help clients assess their readiness in advance of a data breach, and help them to respond effectively should a breach occur. When the GDPR comes into forces, companies face potential multi-million pound fines for data breaches, the firm said.

Partner Paul Glass said: “We are creating increasing amounts of data, which is providing fantastic benefits to businesses and society. However, keeping that data secure is often difficult.”

“Adding fuel to the ‘security fire’ is the increasing sophistication of networks and devices, increasing businesses’ risk of a data breach. Furthermore, with the GDPR coming into force, fines stretching to millions of pounds will be introduced should security breaches occur. The message is clear – companies need to take action now or risk falling foul of the updated regulation.”