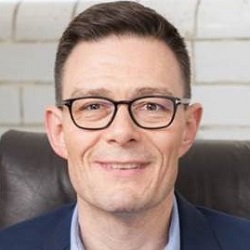 A listed property technology firm has bought a firm of licensed conveyancers to help it test products in a “live environment” before they are launched.

Jesper With-Fogstrup, chief executive of ULS Technology, told Legal Futures that the company had no plans to buy any more law firms following its purchase of Amity Law, based in Bolton.

“We are not a conveyancing firm, we are a technology firm. We want to get close to conveyancers so we can find ways of improving what they do, how they work and how things could be automated. It’s a way of testing things before they come out in the wild.”

ULS, which is listed on AIM, owns the eConveyancer and DigitalMove brands used by property intermediaries and consumers, and the Legal Eye risk and compliance service for law firms.

It also holds a minority stake in the HomeOwners Alliance, which advises consumers about moving.

Amity Law will continue to operate as a conveyancing business but ULS said it would be able to “build, pilot and evolve new products in a live environment” and refine them prior to rolling out nationally.

Amity was founded in 2005 by director Jayne Hart and currently employs nine staff, including three licensed conveyancers and a chartered legal executive.

“It was important to find a firm that really cared about consumers. Many people say they care, but we wanted someone who felt deeply that they were on a mission to serve consumers.

“We liked the shape, the size and the story of this business. We wanted great conveyancers that had an open mind on how the process will change in the future.”

As an example of what could change, Mr With-Fogstrup said DigitalMove had helped to onboard consumers in about 60,000 conveyancing transactions, but he wanted it to “do more and move on” so things could happen faster and more transparently.

“There is a better way of doing things. Some of the things that are done manually today could be automated.”

He said ULS wanted to give consumers a better “digital view” of their transaction, with “tighter procedures” on risk and compliance and help on practical matters such as getting the best deals on home insurance and broadband.

Mr With-Fogstrup said the aim was to turn the home-moving process into an “end-to-end experience seen through the lens of the consumer”.

He added: “This is the next step in our journey to revolutionise the home buying and selling experience for everyone involved by using technology to radically change processes currently in place.”

The purchase price was not sufficient to trigger disclosure under the AIM rules.