Teaching law firm “busier than ever” with pandemic caseload 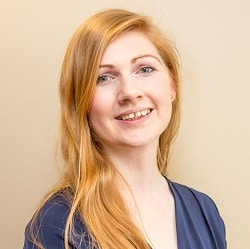 The head of the first ‘teaching law firm’, Nottingham Law School’s Legal Advice Centre, has said it is “busier than ever” helping clients, many of whose problems are related to the pandemic.

Nottingham Law School, part of Nottingham Trent University, obtained an alternative business structure (ABS) licence in 2015 for the centre, which operates on a not-for-profit basis. Students work under the supervision of solicitors either as part of their curriculum or as volunteers.

Ms Pinkney, who became head of the centre in January 2019, said that when the first national lockdown hit in March this year, cases “dropped significantly” and the centre had to put its work on hold temporarily as it moved much of it online.

“The immediate challenge was to let students continue working on cases remotely and we had to do a lot of work very quickly to allow that to happen.”

However, since May Ms Pinkney said cases had increased. “They’re probably now at a higher level than before Covid, and they will only grow and grow over the next six to 12 months.”

Ms Pinkney said demand for employment law advice would rise as more people lost their jobs, and there were increasing numbers of enquiries about housing and insolvency.

She said a lot of the centre’s clients, who might struggle with travelling to the city centre, welcomed online appointments and hearings.

Although the university buildings reopened in September, allowing people to come to the centre, face-to-face advice had become “really quite rare”.

Despite her initial concerns, the centre’s outreach work at Nottingham Women’s Centre, with victims of domestic violence and other family-related problems, has also continued online.

Ms Pinkney said one of the centre’s growth areas was its business and enterprise section.

“We saw there was a gap in the market and it has really developed in the last few years.”

Ms Pinkney said a lot of the work involved insolvency, both defending claims and seeking payment of debts, and including litigation in the county court.

The centre also acted for a homeowner suing a builder for unsatisfactory work and a disabled homeowner bringing a similar action over accessibility alterations.

One area where the centre’s enquiries had reduced in the pandemic was social security, which Ms Pinkney said might be because of the impact of the virus on the advice agencies that refer work.

However, the centre set up a special educational needs and disability service two years ago and was the only pro bono provider in the area.

Cases included appeals to the First-tier Tribunal, which were not covered by legal aid in terms of attendance, and yet could involve “highly emotive and difficult situations”, such as where to educate an autistic child.

Ms Pinkney said the centre had expanded its team since March, from seven to 11, and was currently recruiting a further two members of staff.

She added that in the last academic year 74% of Nottingham Law School students achieved a first or a 2:1 degree, but the proportion was 97% for students working in the centre.

“Working with us has a direct impact on the students. It gives authenticity to what they do in the classroom and brings it to life.”

We reported yesterday on research that showed pro bono work has become a “mainstream part of legal education” and a significant number of law schools plan to integrate it with the Solicitors Qualifying Examination.

In March 2015, the University of Law became the first educational institution awarded an ABS licence, but this supports its trainee litigation programme for those training at firms or businesses which cannot offer the required dispute resolution experience.

Last year, Sheffield Hallam University set up a standalone law firm as an ABS so it could offer a law degree that incorporated mandatory work experience into every year of the course.