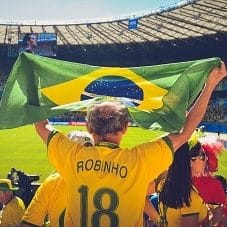 A solicitor currently in jail for his part in a fraudulent tax evasion scheme has agreed to be struck off while insisting that he did nothing more than “major English law firms” do for international clients every day.

Rodney Whiston-Dew was jailed for 10 years [1] in November 2017 after being convicted of one count of conspiracy to cheat the public revenue, and one count of acting with intent to prejudice or defraud HM Revenue & Customs.

Mr Justice Edis said he “sold himself to greed” and was used as general counsel to the scheme, “in particular to deal with the parts which were too dishonest to be shown to any honest solicitor”. He was one of six defendants convicted for their role in the fraud.

According to the agreed outcome reached with the Solicitors Regulation Authority (SRA) and approved by the Solicitors Disciplinary Tribunal, the premise of the tax avoidance scheme was a purported investment in an environmental project involving reforestation in Brazil.

The scheme offered a tax-incentivised investment for high net-worth individuals to create a claim for sideways loss relief against income tax due on the investors’ other income streams. The relief was available to them because of the incentives in the tax system for supporting environmentally beneficial projects.

According to Edis J, the scheme created the premise for investors to claim tax relief of £270m of purported expenditure, even though they had only contributed £65m to the scheme.

Of that, only £16m went towards the reforestation project; £24m of the balance was diverted to the five defendants via a Swiss bank account, into a variety of trusts set up by the defendants to obfuscate the proceeds of the fraud. Mr Whiston-Dew, 69 this year, was responsible for establishing the trusts.

He is appealing both the conviction and the sentence.

In written mitigation – which was not endorsed by the SRA – Mr Whiston-Dew said no client had ever complained about his work. Pointing out that he had not held a practising certificate since 2008, he said he agreed to the striking-off because he had been unable to remove his name from the roll “for technical reasons”.

But he added: “Whatever actions I took would be taken every day in practice by major English law firms in acting for their international clientele, both private and corporate, in advising on efficient tax structures.

“Just as it was my duty, it is the lawyer’s duty to act in the best interests of his/her client, sometimes at the risk of upsetting HMRC, who are programmed to deem any tax avoidance scheme to be aggressive.”