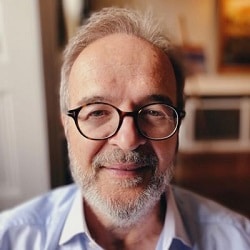 Cannon: There will be a tipping point

A barrister specialising in civil and criminal tax disputes has set up a virtual chambers with the aim of making it the biggest of its kind by the end of next year.

Patrick Cannon said there was “little business sense” in paying for a chambers in Lincoln’s Inn which he had visited only twice last year.

Mr Cannon said he regarded himself as “a bit of an outlier” by making the jump to a virtual chambers so early on.

Cannon Chambers [1] has the “reasonable ambition” of recruiting five to 10 barristers by the end of this year, building up to a total of 15-20 by the end of 2022.

“These sorts of things have a tipping point at the Bar. People are very wedded to their ways. Once a certain number of people make their move, people reassess the situation.”

Mr Cannon, a practising solicitor before being called to the Bar in 2003, was formerly based at Old Square Tax Chambers.

He added that he was sorry to leave but his relationship with the chambers was good.

“One option for the traditional sets of chambers would be to slim down to a few meeting rooms,” he suggested.

“I have a solicitor client who is senior partner of a large firm of solicitors. They have over a dozen leases and an annual rent of £3m and he told me that he was the only person in the office.”

Greg Sinfield, president of the First-tier Tribunal (Tax Chamber), said last year that virtual hearings would stay the norm even after the pandemic.

Mr Cannon is based in Lincolnshire, as is his clerk. He said it was good to be able to have a cup of tea at the end of hearings, rather than embark on a two-hour train journey.

The barrister, who described himself as “old-fashioned”, said he learnt how to prepare e-bundles at a family Bar webinar, although he still preferred to have a paper version with him during hearings.

He said he attended chambers only twice last year, on both occasions at the request of clients who wanted to discuss sensitive cases in person. Mr Cannon is a direct access barrister.

Ironically, he has a three-day hearing in person scheduled for the start of next month – an Upper Tribunal case that will be heard at the Royal Courts of Justice.

Mr Cannon said hearings at the tax tribunals were “more technologically focused” than other kinds of case, but they often involved witnesses.

He described examining a witness during a remote hearing as “quite straightforward” and could not be compared to a family hearing involving a litigant in person, which “may well be more suited” to being heard in person.

Mr Cannon said the only problem he had experienced with remote hearings were broadband issues, often because participants had other people in the same house using other devices.