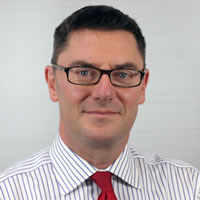 Government proposals to clamp down on tax avoidance by targeting advisers with sanctions if HMRC successfully challenges a scheme further blur the line between evasion and avoidance, and “threaten the rule of law”, according to a prominent tax lawyer.

Solicitors – potentially part of the “supply chain of advice and intermediation between those who develop tax avoidance… schemes and those who ultimately use them in an attempt to pay less tax than parliament intended” – could be required to pay a penalty equal to the total sum a scheme sought to avoid if it was defeated.

The proposals seek to attack “those who enable others to avoid tax” independently of the penalty charged to the user of avoidance which is defeated, by a variety of means. These include penalties based on the fees, or a “tax-geared” penalty – as opposed to a fixed charge – based on the value of tax avoided.

However, they also include an escape for advisers; if the advice was limited and they were unwittingly party to enabling the avoidance in question, they would be exempt.

The document said: “Provided the advice goes no further than explaining the interpretation of words used in tax legislation, the person would be within this exemption. However, if the advice contributed to the tax… advantage element of the arrangements, they would not.”

Mark Joscelyne, partner and head of Olswang’s tax group, said the proposals were “very worrying”, continuing: “First, they represent a further blurring of the crucial distinction between tax evasion, which is nothing short of theft, and tax avoidance, which is highly subjective and essentially relies on the interpretation of often complex legislation which may [or may not] be ambiguous.”

“Secondly, it threatens both the rule of law and the right of any citizen to base his actions on the law as it stands… and the ability for commercial people to go about their business.”

Mr Joscelyne pointed out that what was seen as avoidance by the courts now would not have been some years ago and warned there was “a real danger” with the HMRC’s proposals that “bona fide intermediaries and advisers will feel extremely vulnerable to giving any advice that might ultimately be construed as tax avoidance, thereby stultifying… many commercial transactions where there is any scope for the assertion that tax has somehow been avoided.”

John Cullinane, tax policy director of the Chartered Institute of Taxation, shared this fear and warned that legislation should draw a distinction between promoting avoidance and advising on the law.

“The government need to be careful that in their efforts to wipe out avoidance schemes they don’t prevent taxpayers from getting access to honest, impartial advice on the law. Definitions will be crucial…

“We are concerned about a scenario where a taxpayer goes to their tax adviser for advice on risks attached to participating in a scheme, receives appropriate advice setting out these risks and the likelihood of the scheme being defeated, but decides to join the scheme despite this.

“It would be extremely harsh to penalise a tax adviser in this scenario where all the tax adviser has done is advise the taxpayer on the law as it stands.”