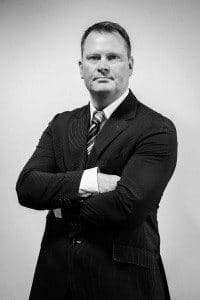 The new legal business set up by the founder of Compass Costs – who became head of Quindell Legal Services after it bought Compass – is set to buy two law firms as it expands rapidly as part of a strategy to “take the greed out of the market” by going head to head with claims management companies and other work providers.

Phil Hodgkinson said his aim was to create a level commercial playing field, “enabling all law firms to compete with the faceless monoliths currently trying to gobble up market share”.

He told Legal Futures that his business plan explicitly anticipated a “significant amount of scepticism” about his motives in the first year until the concept began to prove itself.

Our sister site, Litigation Futures, reported on his creation of Pure Legal Costs Consultants two months ago, and it already has more than 50 staff.

But Mr Hodgkinson said this was just the start of his plans. He is targeting the acquisition of four businesses that will create a firm of 300 people with a turnover of £30m if they all complete, as expected, by the autumn. Two are law firms and one a work provider, but he declined even to provide a hint of the other as he said it would be too easy to identify.

An application to become an alternative business structure will be made to the Solicitors Regulation Authority this week.

The first acquisition should be completed shortly, and the law firms in early September.

Mr Hodgkinson stressed that his ambition is for Pure Legal to cover all areas of legal work, and not just personal injury. But he is not revealing the full shape of his proposed business at this stage – that should come in October.

He said: “All of these acquisitions have been strategically sought, with the Pure Legal concept and business model we are about to launch in mind.

“Over the coming months we will be formally announcing the acquisitions along with the formal launch of the concept of Pure Legal to the market as a whole.

“In addition to the acquisitions, we have already entered into a number of joint ventures and are in negotiations to conclude several others, along with various formal long-term contracts. Over the coming months we will be looking to make further strategic acquisitions to complement the Pure Legal business model and concept.”

Mr Hodgkinson has also launched his Pure Claims business, a work provider concentrating initially on noise-induced hearing loss cases but soon to expand “into all other areas”.

He is building a law firm panel which he said will benefit from “top-quality” work that is also the cheapest in the market. He is able to do this by reducing Pure Claims’ margin, while firms will be tied into using Pure Legal Costs. “We’re not being greedy,” he said. “The reality is that there is enough commercial benefit to [go around and] take the greed out of the market.”

He continued: “Our vetting criteria and clinics are designed to ensure that the cases we produce do not fall foul of arguments such as ‘date of knowledge’ and the ‘de minimis rule’ as seen in the recent ruling of Marian Holloway v Tyne Thames Technology Ltd in May 2015.”

Independent clinics are the answer, he said: “Our clinics really are independent. We insist that our panel law firms appoint their own independent audiologists at our clinics, and unlike most NIHL providers, we have no commercial interest in the number of passes.”

Mr Hodgkinson said he had also been able to line up two major funders to provide a “nine figure” funding line so that firms, if they need it, can cover the marketing fees and also WIP drawdowns against existing case load.

“I believe that we are now at a point in the personal injury sector where an element of greed has taken over. Providers of work are earning more than solicitors who service their customers, whereas if the providers were prepared to share the commercial benefits whilst still earning similar profits, just over a longer gestation period, then the marketing becomes stronger and benefits everybody.

“If these changes are not introduced sooner rather than later then the market will simply wither and die in its already massively altered form.”

Mr Hodgkinson left Quindell at the end of last year. He set up Compass in 2001 and sold it to Quindell for £14m in 2013. After an initial spell as CEO of Quindell’s costs business, he became chief operating officer of Quindell Legal Services in August 2013, and chief executive in January 2014.

Mr Hodgkinson said the core of Pure was about sharing the success, and as such all staff will receive a bonus every month the company is in profit.