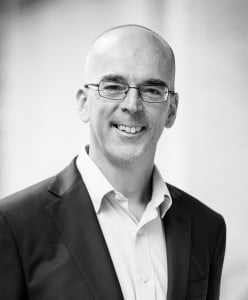 A firm of quantity surveyors, based in a country mansion in Warwickshire, is setting up an alternative business structure in the coach house.

Warren Berwick, head of legal practice at the ABS, said the aim was to make it clear that Pyments Law was separate from Pyments, a firm of quantity surveyors (Pyments QS).

“We will be in a physically separate building 20 metres away, with a separate door key,” Mr Berwick said. “Pyments Law will operate as a totally separate business, though it may share some clients with Pyments QS.

“The Solicitors Regulation Authority is very strict in making sure client information is kept confidential and fiercely guarded. By having a separate building rather than a separate floor, files and data cannot be seen by staff from the other business.

“It means that when clients come, they have a clear distinction in their minds as to who they are instructing. When you have common directors, that is even more important.”

Mr Berwick, a former partner at Kennedys in Birmingham, went on to set up his own niche construction firm in the city, Berwick Law.

The other two directors of Pyments Law, which obtained its ABS license last week but will not open for business until March 2016, are quantity surveyors and directors of QS: Tim Hart, the ABS’s head of finance and administration, and Lee Westwood.

Mr Berwick said the three men own Pyments Law equally, and the law firm is not part of the same group as Pyments QS, which works for a broad range of construction companies, sub-contractors and developers.

“If you bring the disciplines together, you have a better chance of getting to the nub of the issue quickly.”

However, Mr Berwick said he did not regard Pyments Law as a multi-disclipinary practice. “To the extent that it is appropriate for Pyments Law and Pyments QS to work together to provide the equivalent of a multi-disciplinary service, we will do that.”

Mr Berwick added that he had received a lot of support from the SRA and the ABS application process took less time than expected. “We expected to get our licence next January and we got it in November,” he added.

Meanwhile, in a trading update issued this morning, listed law firm Gateley said it has made “a solid start to the financial year” and was trading in line with management expectations. “Revenues for the first six months are expected to be not less than £29.5 million, being not less than 10% ahead of the corresponding pro-forma period last year.”

Its full six-month results will be published next month.