Susskind: the market will “do its stuff” as ABSs drive unimagined efficiencies 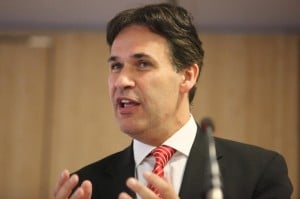 Susskind: great upheaval in the way legal services are delivered

It will take up to 10 years for the true effects of alternative business structures (ABSs) to be felt, Professor Richard Susskind said this week.

Addressing the Legal Education and Training Review Symposium in Manchester, Professor Susskind said the only certainty at the moment was that much of the £25bn legal market is “very inefficient”.

He continued: “We have a great deal of interest from external investors, from high street organisations, from more entrepreneurial players, from publishers, from accountants and so forth. What we’ll see in ways almost by definition we can’t anticipate is a great upheaval in the way legal services are delivered.”

His experience of advising a private equity business looking at the legal market is that financiers look at the opportunity in the legal market with none of the baggage that existing providers have – “there’s no prior commitment to hourly billing, to expensive buildings in expensive cities, to pyramidic structures”, he said. Instead they see an industry where they can provide better-quality services at a lower cost.

“It’s looking like a cottage industry [and that’s because] it is a cottage industry, and what we’re going to see is the market do its stuff. It’s going to sweep through and drive all manner of efficiencies that we can’t anticipate. This is not the next six months; this is next six to 10 years.”

He also predicted that all of the ‘big four’ accountants would re-enter the legal market.

Outlining his theory of how collaboration is one response to the ‘more for less’ challenge he has previously identified, Professor Susskind revealed that he is working with “a number of the world’s leading banks” on an idea of his to set up a shared services centre for compliance work – the banks spend hundreds of millions of pounds a year on compliance across the globe. “The overlap in what they all do – it’s non-competitive – is enormous. Why not club together and set up a shared services centre?

“At other end of the spectrum, why don’t you have communities of users, individuals, who have shared social or business interests sharing their experiences of law and legal services… People who can’t afford one-to-one services will collaborate, from the biggest companies to individuals.”

Professor Susskind retraced the themes of his address to the recent LawTech Camp event in London, and was scathing about the impact of the current law firm business model on how young lawyers are trained.

Using the example of the months young lawyers can spend on document review, he said it is a skill that can be learnt in two or three days. “You shouldn’t confuse training with exploitation,” he said.

“The reason these documents are being reviewed in that way is not in part to provide training… It’s the business model that sustained these law firms in the past. Classical management theory in professional services requires one equity partner at the top of the pyramid and a broad base at the bottom of junior lawyers who are paid a lot less than they’re charged to clients.”

He said clients are demanding that this model changes, while young lawyers are saying that they do not want to do such work anyway.

A far better approach to training would be a return to a “really good master/apprentice model”, he said.

He was similarly critical of the current education regime, relating the experience of his son, who is currently doing the graduate diploma in law. “Clearly someone clearly thinks that’s a good way to learn law – for one year you learn lists of cases and you regurgitate and that’s it. That’s nothing you see in any other profession.”

As reported separately, he called for the review to come up with a regime to train lawyers for 2020, not 1980.

However, Professor Susskind added that law is an academic discipline worth pursuing for its own sake, and a law degree is useful training to have even if a student does not plan to enter the law. But he argued that legal education at the moment is not generally as demanding as “other professions we respect”; he was also critical of the lack of “mutual respect” between the academic and practising branches of the profession in the UK.