Susskind: Parliament should adopt advanced IT for lawmaking 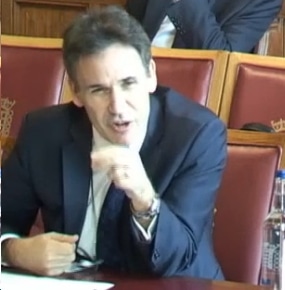 Parliament could harness the power of technology to provide a system to lawmakers that gives them the ability to test speculatively the knock-on effects of legislative changes while they are considering bills, according to IT guru Professor Richard Susskind.

Giving evidence before the House of Lords’ constitution committee, Professor Susskind – IT adviser to the Lord Chief Justice – said he had come to advise the Lords to adopt a “legislative information system” that would resemble the sort of “integrated workflow system” common in the private sector.

Pressed by questioning from the former Lord Chief Justice, Lord Judge, who asked him about the possibility of software that helped with drafting legislation, the professor said that something like it was available already in the private sector.

However, he thought it was limited to a view of legislation as it stood in the past and present, rather than allowing “speculative” testing of the effects on statutes of future law changes.

In the exchange, Lord Judge said one of the difficulties legislators faced was “our habit of legislating by sticking bits of new legislation into old legislation, sometimes into three or four bits of old legislation going back almost to eternity”.

He was interested in whether technology could help generate a “complete document on its own” rather than one that referred to other acts. At present, he said: “When all the legislative process has been completed, and all the scrutiny, and all the debate has happened… part of the new act says [for example] ‘the 1933 Act says so-and-so, the 1975 Act says…’”

Prof Susskind responded: “A vital tool for any modern legislator is the ability to be able to view the law that is valid at any moment in time, and perhaps even do – and this is more sophisticated again – some kind of ‘if we change this, what would the knock on effect be?’…

“The ability when you’re considering the impact and speculating… seeing the ripple effect, what the knock on effect would be, that… is technically feasible, it’s just a big project.

“There’s no reason you can’t set that as a goal for legislators, maybe years hence.”

Prof Susskind said that when planning to introduce technology, the Lords should first look at what else was happening in other legislative bodies around the world and to subject its current working practices to “detailed process analysis” to establish the extent of the project.

He said he had become cautious about public IT projects – such as the Online Court – and strongly urged an “incremental, Lego-like” approach, building carefully and conservatively on successes: “I think it’s time to do a feasibility, or scoping, study. What you don’t do is jump in… you need to have a more phased approach.”

He said that an integrated workflow system would make the work of the chamber “a lot easier”, pointing out that in the Lords’ working environment “you have huge numbers of documents, you are very information intensive, there’s lots of communication”.