Susskind: online court should not seek to exclude lawyers 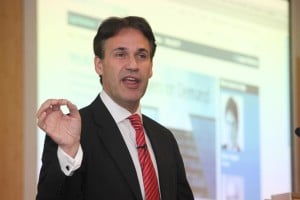 Eliminating lawyers from the dispute resolution process should not be one of the aims of the online court (OC), the group that first proposed it has told Lord Justice Briggs.

At the same time, it said the OC should be seen as paving the way for a court service that is “a blend of online service and conventional courtroom activity”.

In his interim report, published in January, the judge said: “The true distinguishing feature of the OC is that it would be the first court ever to be designed in this country, from start to finish, for use by litigants without lawyers.”

Writing recently in the Bar Counsel’s Counsel magazine, Briggs LJ clarified that he did not intend to exclude lawyers from the OC. “Such a design would, however, encourage barristers and solicitors to provide unbundled and therefore more affordable services to those thinking of using the Online Court. It is the traditional service of representation by a team of barrister and solicitor from start to finish which is so often disproportionately expensive.”

In the working group’s response to Briggs LJ’s report, Professor Susskind wrote: “We do not support the view that one of the aims of introducing the online court is to eliminate lawyers from the dispute resolution process. When you write that the online court will be ‘designed… for use by litigants without lawyers’, we agree with this if you mean (as you have clarified in your article [in Counsel]) ‘without the need for lawyers’.

“However, we understand that some readers have interpreted this as a concerted attempt to exclude lawyers. We do hope that the online court will be sufficiently easy to use that, in those cases where instructing lawyers would not be a proportionate expense, litigants in person will be able to enforce their entitlements without legal representation. But, we do not think it appropriate, for public policy and legal reasons, to exclude lawyers from participating in the work of the online court.”

Professor Susskind said the working group regarded the OC as “an interim concept as well as a pragmatic first step in online dispute resolution. In the long run, we believe that court service will be a blend of online service and conventional courtroom activity.

“Where it is both just and proportionate to do so, it will be preferable, we believe, to allocate cases or parts of cases to the online service. In the short term, however, we see merit, in practical terms, in the idea of creating a distinct online court…

“Over time, we expect more and more work will be allocated to the online court and its use will become commonplace rather than exceptional. In turn, as its workload increases, many outmoded practices of the traditional courts will be replaced. On this view, the online court is the spearhead that leads the way to an integrated online and physical court service of the future.”

Other key points raised in the response were: