Susskind: Machines will replace lawyers if they deliver better outcomes 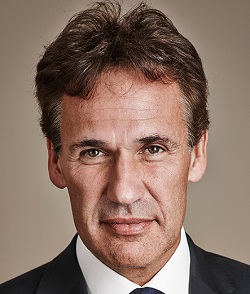 Susskind: Lawyers use task thinking to put off outcome thinking

Clients value lawyers for the outcomes they deliver and will switch to technology based alternatives if they produce the better or cheaper results, Professor Richard Susskind has claimed.

The leading legal academic and technologist said his notion of “outcome-thinking” applied to all professions; in the law, for example, “litigants don’t want courts. They want their disputes resolved fairly and with finality”.

In a short paper written for the British Academy, Professor Susskind said: “The disconcerting message here for all professionals is that our clients don’t want us. They want the outcomes we bring.

“And when these outcomes can be reliably delivered in new ways that are demonstrably cheaper, better, quicker or more convenient than the current offering, we can expect the market to switch to the alternatives.”

He acknowledged that many would balk at this. “They insist that what a client surely needs, and will always need, is a trusted adviser – an empathetic and expert human counsellor.

“But this is to confuse means with ends, to muddle up how we work with what we deliver. It is to assume that there is something intrinsically valuable, indispensable even, in our current ways of working. It is to fixate on today’s processes and disregard our broader telos (purpose or goal). I challenge this.”

While the work of many professionals was often admirable and socially beneficial, he questioned whether their working practices “in and of themselves are of such value that they should be retained at all costs in the face of alternative services that clients and customers find preferable”.

He continued: “I find myself, in other words, favouring the interests of patients over doctors, of clients over lawyers, and of students over teachers.”

Professor Susskind said many professionals countered this with “task-based thinking”.

He explained: “They analyse the work they currently do, they break it down into a set of component tasks, and then identify those that they think might be undertaken by machines and those that seem to be beyond the foreseeable capacities of the most advanced systems.

“When they reckon that a significant proportion of their current tasks cannot be taken on by machines, they feel safe. And their task-based rationalisation is supported by most of the reports on the future of work being published by academics and consultants, and reproduced daily in the mainstream media.”

He argued that this approached was “deeply flawed”, using legal work as an example.

“Commentators and practitioners often insist that much of the work of lawyers is beyond the reach of technology. They will suggest, for example, and not unreasonably, that the work of court lawyers cannot be replaced by machines. How on earth could a robot appear as an advocate before a judge?

“The answer, of course, is that we are light years from this happening. But the story doesn’t end here, because these traditionalists are asking and answering the wrong the question.

“Mistakenly, they are focusing on current ways of working rather than on whether the outcomes that court lawyers deliver might be achieved in very different ways.

“Now consider online courts… The idea is that the final decisions of the judges (still humans) will also be delivered in electronic form. The outcome of the court (the binding decision) is unchanged but the methods by which it is reached are transformed, with the oral advocacy of court lawyers eliminated from the process.”

It was, he said, “no comfort” that machines could not replicate the work of advocates and deliver a “soaring closing argument” in the courtroom. “The irreplaceability of the work of oral advocates becomes an irrelevance.”

“In short, the systems that will replace us are unlikely to work like us.”

This meant the big question about the future of work was not whether machines could take on the work that humans do. “It is whether the outcomes of today’s human labour can be delivered in different ways with the support of technologies.

“Task-based analysis of the impact of machines, relying often on the outdated distinction of labour economists between routine and non-routine work, greatly understates the extent to which the work of human beings will be taken on by AI.”

He concluded that, in an AI-enabled internet society, the challenge was “to think deeply about our telos and find new ways to deliver long-established outcomes.

“In the long term, we will find that these will increasingly call for systems rather than traditional advisers.”

However, another well-known legal academic, Professor John Flood, countered in a blog that “the single most important aspect of the professional that Susskind has neglected is the role of the trusted advisor”.

He said: “In a way such people don’t deliver outcomes. They present views, interpretations, they make connections, they produce ideas from left field. They counsel us because they have a world view that exceeds ours. Without this we would be impoverished.”

“I know there is plenty wrong with professions. I have spent many years discussing the legal profession in its forms. But I also know, as an academic, that new graduates coming through earnestly desire to improve the lives of others.”

Professor Flood, an English academic also working in Australia, added: “We need to equip them to do that and also engage them in discussions about the best ways to achieve their ends, not as a calculus on a balance sheet, but in a way that continues to inspire the love of their chosen field, that makes learning desirable, and that ensures they will do the best for their clients or patients.

“It saddens me that in the 90 years from when Fritz Lang’s Metropolis showed a dystopian view of society that we may be doing our utmost to reproduce it in the present.

“Measuring work by its outcomes only denies the value of the human input and creativity. If not careful, views like Susskind’s will take us there.”