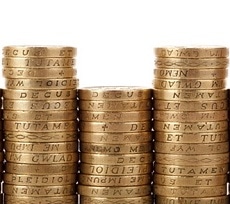 The owner of a Manchester law firm which pursued personal injury (PI) cases without the consent of clients and also paid prohibited referral fees has been suspended for three years.

Andrew Paul Clinch’s misconduct was “shocking and outrageous and had a significant adverse impact on the reputation of the profession”, according to the Solicitors Disciplinary Tribunal (SDT).

However, it did not find it necessary to strike him off, although the tribunal said his actions would “reinforce a view held by some members of the public that members of the profession were prepared to pursue claims for their own benefit rather than for the benefit of clients”.

In 2014, a Solicitors Regulation Authority (SRA) investigator reviewed 36 client files and found that in 22 of them, there was no written confirmation of any sort of instructions and, also in 22 files, the client had actually notified the firm that they did not wish it to pursue a claim.

The firm then misled third-party insurers that they were acting on the cases, with the aim of obtaining pre-medical offers.

Clinch Solicitors received work from just one introducer, Access2Justice, which the SDT said billed a shade under £1m in one nine month period in 2013/14. There was no written record of the arrangement and Mr Clinch did not have “any explanation” about the services that were supposedly being provided.

The SRA went into the firm again in 2017, when it was closed down, and as a result of that inspection, further charges were laid, most notably that it had made claims for costs to clients in unsuccessful cases when they had originally been told they would not have to pay anything.

In relation to one elderly lady in particular, who was on state benefits and a pension, “the firm’s correspondence with her demanding payment was objectionable and inexcusable”.

Though admitting the various allegations made against him, Mr Clinch argued that most of the claims brought without instructions had been conducted by one fee-earner.

It continued: “Whilst there was no evidence that the respondent was personally involved in any of the exemplified matters, he had to be responsible for what happened in his firm.

“It was particularly concerning that this misconduct had continued after the firm had received complaints from clients (in 2013 and 2014).

“Even after the first inspection, the respondent had failed to ensure that there would be no further misconduct with regard to taking instructions and pursuing claims.”

It found the payments to Access2Justice to be referral fees, which were banned in April 2013, “whatever was said about ‘marketing services’”.

Mr Clinch said that he had made a “genuine, honest mistake after taking legal advice on compliance with the new regime”. Nonetheless, the tribunal said the fees too showed a lack of integrity.

The SDT concluded: “The tribunal did not find that the respondent had deliberately committed acts of misconduct, but they had occurred when he was developing the business with a view to making money.

“There was nothing wrong in wanting to run a profitable business, but solicitors had to ensure that their businesses were properly run and managed in compliance with the expected professional standards.

“The respondent had grown the firm rapidly. The tribunal noted that the respondent may well have lacked the management skills to run the firm appropriately, which meant that he had failed adequately to supervise his staff.”

It also found Mr Clinch’s insight into his misconduct “disappointing”.

“The misconduct indicated that the respondent had lost his ethical compass, and the tribunal was not satisfied that his mitigation indicated that he had found it again.”

However, the tribunal said it was not necessary to strike off Mr Clinch in order to protect the public and the reputation of the profession.

As he had been suspended for six months at the time of the hearing due to the firm being closed down, the SDT imposed a further 30 months’ suspension. After then, he will only be able to work as solicitor with the SRA’s permission and will not be allowed to hold a management position.