Suspension for solicitor convicted of texting client in prison 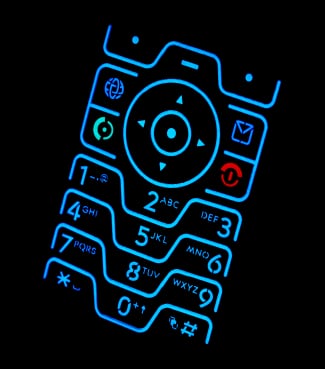 A solicitor convicted of contacting her imprisoned client by mobile phone – sending him 102 text messages in less than three months – has been suspended from practice.

The Solicitors Disciplinary Tribunal (SDT) found that she was under intense competitive pressure after setting up her own firm and had come to use texting as a convenient way to contact clients.

Angela Caroline Hudson, born in 1983 and qualified in 2010, was a sole practitioner in Kettering at the time of the offence, for which she was sentenced to four months in prison, suspended for two years.

In mitigation before the SDT, her counsel, Mark Ruffell of 3 Pump Court, said that at the time she set up her own practice, Ms Hudson did not appreciate “the stresses and strains” it would entail; with hindsight, she realised she did not have the experience needed.

The SDT ruling recounted: “Mr Ruffell stated that in January 2016, the respondent opened her practice and immediately faced an air of hostility from established local practices who did not want to lose clients. The respondent was seen as a threat, especially as clients left well established firms where she had previously worked and came to her new practice.

“Mr Ruffell reminded the tribunal that within a busy established firm with no financial worries, clients could come and go but when setting up a new practice, every client mattered especially when former colleagues were trying to poach clients back.

“As a result of this, the respondent was extremely busy and under immense pressure not to lose clients to other firms.”

This led Ms Hudson to become “more and more reclusive” as she worked constantly; she did not realise “that she was vulnerable from being too available” and was unable to say no to clients. As a result, she found that sending text messages to clients was an effective means of communication.

When she received the first text from the client, she realised he was using a mobile phone that he should not have had in custody. She also accepted she should not have replied “but this did not occur to her as heavily as it should have done”, Mr Ruffell said.

She believed her client had raised genuine issues and was fearful of threats of retribution whilst he was in prison, and this was what the texts were about.

“The texts were sent daily and, Mr Ruffell submitted it was easy for the respondent to simply reply by sending a text back and then continuing with her other work. She now accepted this conduct was wrong, indeed she had ended the contact a few days before the police contacted her.”

As a result of these events, Ms Hudson closed her firm and had not worked as a solicitor since February 2016, “having self-imposed a suspension on herself”.

Ms Hudson said she did not want to work as a sole practitioner again and produced a reference from a partner at Bennett & Co Solicitors, who was aware of the conviction and willing to employ and supervise her.

The SDT said that Ms Hudson’s motivation was “to provide a proper service to her clients so that they would not go to her competitors at a time when she was seeking to establish a new business in a very competitive environment”.

It said the offence had been committed by a prisoner and took into account the fact that Ms Hudson did not speak to the inmate on the telephone “but had simply responded to his text messages under highly pressurised circumstances where she was also communicating with a number of other clients in the same way”.

The content of the text messages had not been inappropriate and would have been entirely acceptable if they had been contained in a letter or in another legitimate form of communication. Her level of culpability, and risk of repetition, was low.

But while recognising the concerns Ms Hudson had for her client’s safety, the tribunal said her conduct had been “a significant departure from the integrity, probity and trustworthiness expected of a solicitor”.

The fact of the conviction put the case “very much at the boundary between a strike-off and a suspension”, and the tribunal opted for the latter.

“The respondent was clearly someone who had demonstrated a great desire to serve the public in a difficult and not particularly profitable area of law where many law firms were finding it hard to survive.

“The tribunal did not consider the respondent was a risk to the public and accepted she was a good solicitor when working within the confines of a larger practice.”

It took into account Ms Hudson’s self-imposed suspension and also that her suspended sentence would not expire until March 2019.

“It would very rarely be appropriate for a solicitor to be able to practise whilst serving a custodial suspended sentence. Bearing this in mind, the tribunal ordered the respondent be suspended for 18 months from the date of the hearing.”

She was also banned from practising in a solo capacity for a further 18 months.