Suspension for solicitor who allowed “financial chaos” to reign at firm 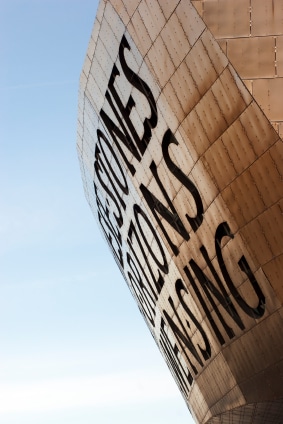 A solicitor who oversaw “financial chaos” in his practice has been suspended, with a tribunal imposing conditions on his return to the profession in the future to ensure he does not hold a management position.

William Derek Snowdon, a sole practitioner at Commercial Legal Solutions in Cardiff, had managed to persuade the Solicitors Regulation Authority (SRA) not to close down his firm while he put things right, but six months later the regulator finally stepped in.

Mr Snowdon, who was born in 1954 and qualified in 1979, was found guilty of six breaches of the accounts rules.

The Solicitors Disciplinary Tribunal (SDT) found that “there was no proper accounting system and no proper internal controls. There was no effective financial management of the firm. The financial chaos persisted over a period of time despite the involvement of [an SRA official] and the fact that the respondent was given a number of opportunities to put things right”.

This included him successfully arguing against a recommendation that the SRA intervene in his firm. But having been given time to complete a “remedial exercise”, the regulator was still unhappy with the state of his accounts and finally intervened in October 2015.

Mr Snowdon was also found guilty of two further charges relating to his failure to co-operate with the Legal Ombudsman.

In one, he faced an order to repay money to his client but ignored it, as he did with almost all of the communications he received from the ombudsman.

The tribunal said that “if any member of the public had gone to the time and trouble of making a complaint to the ombudsman and the ombudsman’s decision had not been complied with nearly two years later, this would undoubtedly have an absolutely appalling impact on the trust that that member of the public placed in their solicitor and the provision of legal services”.

In mitigation, Mr Snowdon admitted that he was “still at somewhat of a loss to answer” why things had gone wrong after a long and otherwise unblemished career.

The SDT recorded: “The respondent, whilst acknowledging that the SRA’s role was not one of pastoral support, submitted that throughout the SRA’s involvement he had made it clear to them that he was not in the most robust mental health and was suffering from extreme stress.” He was also facing bankruptcy proceedings in October 2016.

The tribunal concluded that Mr Snowdon was culpable for his misconduct. “It did not appear that there was any motivation for the misconduct. There was no evidence that the misconduct was planned, it arose out of omission by the respondent. The respondent had failed to do what he should have done… The respondent was an experienced solicitor who appeared to have lost control.”

It found his conduct “sufficiently serious” to justify a six-month suspension and to ban him from management roles on his return to practice. Any future employment would also be subject to the SRA’s approval.

“The respondent’s difficulties had largely arisen in the context of practice management and the restrictions imposed would prevent [him] finding himself in that position in the future,” the tribunal said.