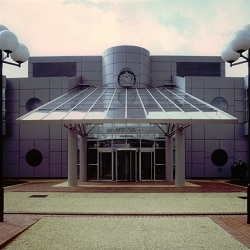 A family law solicitor convicted of actual bodily harm after she hit her former boyfriend in the face with a glass has been suspended from practice for 15 months.

Rebecca Harling, born in 1979 and admitted in 2011, was sentenced last October at Woolwich Crown Court to three months’ imprisonment, suspended for two years.

The Solicitors Disciplinary Tribunal approved the suspension – which will expire after her suspended sentence expires – as part of an agreed outcome between Ms Harling and the Solicitors Regulation Authority (SRA).

The statement of agreed facts recorded that Ms Harling went to the flat of her former boyfriend, by whom she believed she was pregnant.

He “reacted badly” to her presence and pushed her to the ground. After being helped to her feet, Ms Harling went into the kitchen to get a glass of water.

“Her former boyfriend told her that she should have asked his permission to do so and Ms Harling reacted by striking him in the face with the glass she was holding.

“He suffered cuts to his earlobe that required some stitching and gluing in hospital.”

In sentencing, the judge found that, when Ms Harling went to the flat, “it is clear that the last thing on [her] mind was causing trouble or violence”.

The judge also noted that the “assault came after the end of the relationship that you both agree had been intense and tempestuous at times, with moments of great happiness and tenderness interspersed with arguments and separations”.

In deciding the sentence to apply, the judge continued: “The harm you caused was nasty but not particularly high compared with many cases. The culpability was high because of the use of the glass in the assault. However, there was no premeditation…

“I conclude that you are not a risk or danger to the public. I conclude that there is every prospect of rehabilitation once this relationship is behind you. There is some additional mitigation in the extent of your fall from grace and the losses you are likely to suffer elsewhere.”

Ms Harling resigned from her job at a law firm the same day and reported the conviction to the SRA.

She advanced various points of mitigation, although these were “not endorsed” by the regulator.

These included that “her personality and attitude have been shaped by a number of traumatic personal incidents in adult life, which have arisen in part due to her own poor decision making.

“This series of events culminated in Ms Harling being in an abusive and controlling relationship with the individual she subsequently assaulted.”

The mitigation stressed that Ms Harling had conducted herself “properly” following her conviction, adding: “[She] has apologised for her actions and acknowledged that her conduct fell below the high standards expected of a solicitor.

“However, Ms Harling does not consider that her personal experience would deter future clients from instructing her and indeed may enhance her empathy when dealing with vulnerable clients. Ms Harling believes that she has much to offer the profession.”