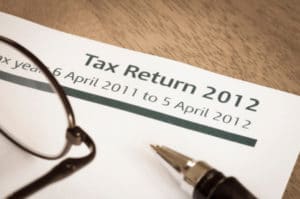 A solicitor who fraudulently claimed £37,000 in income tax repayments has been handed a suspended prison sentence and told she was “wholly unsuitable to be a solicitor”.

Dianna Gerald, also known as Dianna Lee, who is 49 and from Worcester, was a family law solicitor and company director of Family Law Consultants Limited, trading as Simply Solicitors in Cheltenham and Worcester.

She was found to have falsified information on her 2009 and 2010 income tax returns to over-claim tax repayments. She did this by inflating expenses, including staff costs and refunds relating to clients’ divorce fees, and fabricated invoices, letters and an employment contract to support the claims.

HM Revenue & Customs compliance officers discovered that the figures shown on her business records did not match those declared on her tax returns.

She was found guilty of four counts of fraud by false representation on 7 July 2016 after a 12-day trial at Manchester Crown Court, and sentenced last week to 21 months in prison, suspended for 18 months, and 200 hours unpaid work. She was also given an 18-month supervision order and ordered to pay costs of £10,000.

Handing down the sentence, His Honour Judge Steiger QC said: “She had gone to great lengths to defraud the Revenue – including the generation of bogus documents – and in doing so had attacked the character and reputation of her fellow partners and employees. In my judgment her behaviour was disgraceful and she is wholly unsuitable to be a solicitor”

Stuart Taylor, assistant director of HMRC’s fraud investigation service said: “Dianna Gerald abused her position of trust as a solicitor to defraud the taxpaying public. Tax fraud is not tolerated by HMRC, and we will take action regardless of the resources of those committing the fraud, to ensure that no one is beyond our reach.”

A spokesman for the Solicitors Regulation Authority said it was aware of the decision and was “currently looking into the case to consider our next steps”.