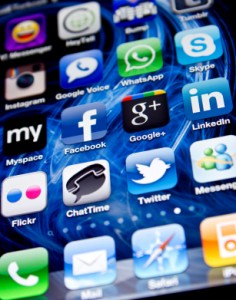 Social media: many firms not making much mark

Eight of the ten most successful law firms at showcasing their expertise online and distributing it via social media fall outside of the UK’s top 50, even though as a whole there is a lot more that large firms can do to improve their standing on Twitter, new research has found.

The analysis of the top 200 firms by content marketing platform Passle showed that while Irwin Mitchell was in top spot, north-west firm Stephensons, Stephens Scown in Exeter and West London practice IBB ranked second, third and fourth respectively, followed by Eversheds in fifth.

But Passle’s research showed that the entire top 200 have much progress to make, as collectively they have fewer than 360,000 Twitter followers – it noted that, by contrast, the one-year-old nephew of One Direction’s Niall Horan has more than 500,000 followers.

Passle – which we at Legal Futures are using to power our new ‘Fast Futures’ blog – reached its results by ranking each firm against seven criteria and coming to an overall ‘Passle score’.

Passle co-founder Tom Elgar said: “Our survey shows that it is the smaller law firms that are the most proactive in demonstrating their expertise in innovative ways. Potential clients nowadays expect more from social media than advertisements and dull announcements, but many law firms are unnecessarily reticent about going further than this.”

“These top 200 firms have the best experts in the business, yet they are not demonstrating it online. People, and businesses, want to work with experts. Ghostwritten blogs fail to deliver knowledge and insight on the same level – it really has to be written by someone working in the field to attract both clients and networking opportunities.”

“The common complaint, though, is that lawyers are just too busy doing their jobs to spend time on thought leadership. But there are now tools which allow them to get online with their insights quickly and easily.”