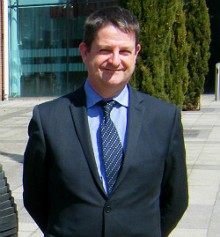 Fewer than half the lawyers in central and local government are satisfied with their jobs and only a third with their pay, research by the Law Society has revealed.

The figure of 42% compared with 63% of private practice lawyers who were satisfied with their jobs and 44% with their pay, according to the online poll of 344 solicitors.

A similar gulf was exposed between public and private when lawyers were asked about access to resources – 44% of public sector lawyers were satisfied, compared to 66% in the private sector.

However, when it came to work-life balance, 67% of central and local government lawyers were happy, compared to 54% in private practice. The vast majority, 81%, were proud to work for their public sector organisation, compared to 76% who felt the same way about their law firms.

Public sector lawyers were also the most positive about the impact of their work on their organisation’s success – 97% compared to 89%.

The society’s Career Satisfaction Survey showed a link between lack of involvement in decision-making and poor morale.

Most respondents (62%) were happy with their career progression to date – compared to 50% for the general workforce. However, unhappiness was much more common among those who were not involved in decision-making – 28% compared to 10%.

“Moving forward, it will be important for organisations to consider whether their decision-making structures are suitable for a modern legal workforce,” researchers said.

“Expectations for a more collaborative approach to decision-making are growing, and research has shown that greater cross-practice collaboration within law firms has a positive impact on revenue, as well as client and talent retention.”

Nearly a third of solicitors, 30%, were unhappy with their work-life balance. Women were less satisfied than men – 34% compared to 24%.

Younger lawyers were more likely to say they would change jobs in the next 12 months. More than a third of those aged 25-34 said they would, compared to just over a quarter of all respondents.

Just under a half of solicitors said they were not confident of getting the feedback they needed from employers to develop their careers effectively.

Law Society president Andrew Caplen commented: “It is encouraging that, as a whole, legal professionals are more content with their careers than average UK employees.

“To retain the best talent, it is important that firms make sure they have a sound performance management process, where staff have regular opportunities for two-way feedback and there is a chance to work together on development plans to help achieve their goals.”