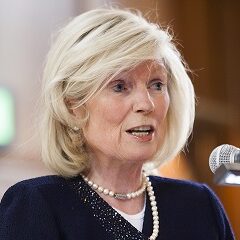 An annual review of the work of the Commercial Court found that 41 Russians were parties in 21 cases in the year to 31 March 2022, the largest group of overseas litigants, ahead of US parties (31).

The number of Russian litigants appearing in the Commercial Court has doubled since 2017.

The figures do not reflect the impact of Russia’s invasion of Ukraine but a survey carried out by communications company Portland as part of the research found that 55% of the public has a less favourable opinion towards law firms that provide services for Russian clients.

At the other end of the spectrum, nearly 70% of the 500 people polled had a more favourable view of law firms that have closed their offices in Russia since the beginning of the conflict.

In all, Portland found the number of judgments handed down by the court fell 20% to 234, with 34% fewer litigants (914 in total) – although 75 different nationalities were represented in that number. UK litigants made up 425 of total.

The report said that, although the drop in judgments was the most significant since 2016, it was not clear whether it represented a trend.

“This year’s data may reflect a number of factors: the increased competition that London has been facing from other international courts, and significant pressure from the combined effect of COVID-19 and Brexit,” it explained.

Writing in the report, former Court of Appeal judge Dame Elizabeth Gloster, the chair of LegalUK – a group that promotes UK law internationally – said “the predictable decrease in European litigants since the 2016 referendum may be due to the EU’s general desire to reduce dependence on English systems and institutions”.

But it may also reflect “the general contraction in the UK economy” and the impact of the pandemic, which “has only just started to affect the figures”.

She continued: “Despite the EU’s attitude and the creation of would-be competing commercial courts in Europe, many EU litigants are still choosing London. The take up of those foreign courts purporting to offer parallel pop-ups of the Commercial Court is reassuringly small.

“In addition, we have seen more jurisdiction challenges in certain areas of the English courts; this shows that, even though there are now enforceability difficulties presented by non-accession to [the Lugano Convention] – actually more perceived than real – claimants are still keen to establish a connection to England and Wales.”

Portland’s survey also showed that two-thirds of the public believed the English courts and English law have an important impact on the UK’s global reputation. There was also support for the continued use of remote hearings.

Philip Hall, senior partner and head of Portland’s litigation and disputes practice, said: “Based on the breadth of international litigants choosing London, the city’s position as a centre for dispute resolution remains as strong as ever.

“Our findings also show the positive impact of the use of technology and the success of law firms which adopt new and innovative approaches to support their legal strategies.”