Survey predicts partnerships out, ABS in 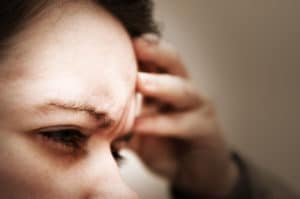 Most lawyers expect the law firm partnership model to wither over the next decade, as the legal services market embraces alternative business structures (ABS) and technology, while ditching hourly billing – according to a new survey.

The poll of 300 lawyers at firms in the top 50-100 practices also echoed other surveys that have detected widespread stress among lawyers, finding that nearly seven out of 10 believed their job was more stressful than other professions.

Asked by virtual practice Keystone Law how they expected legal services would be delivered in 10 years’ time, nearly two-thirds predicted that traditional law firm partnerships would be less prominent, while 77% said ABSs would have a larger role and 70% thought artificial intelligence and other technology would be a significant factor.

The biggest change, however, was seen as the growth of alternatives to hourly billing, “with 87% saying that they envisaged a timesheet-free future”, the survey said.

Those consulted were divided over how their working lives could be made better, with popular suggestions including more flexible working hours, better management, a lighter workload, higher pay and lower billing targets.

Almost eight out of 10 said exercise was the best stress reliever. Seven out of 10 said socialising or spending time with family helped relax them. A similar proportion wished they had more time to spend on hobbies, and almost as many wanted to travel.

The survey said: “We live in a constantly changing world that is showing no signs of slowing down. As a result, the things of yesteryear that counted for everything may no longer count for anything. Following a severe economic downturn, one thing we can be certain of is that innovation holds the real key for survival. To stand out from the white noise, firms must be flexible and responsive to the needs of their clients and, equally, their employees…

“With more alternative providers appearing by the day, there is no doubt that the legal revolution is here to stay, with positive steps being taken to innovate and adapt for the better. But there is still much to be done. Firms must embrace the opportunity to be an agent for change and reap the rewards of a healthier, happier workforce.”